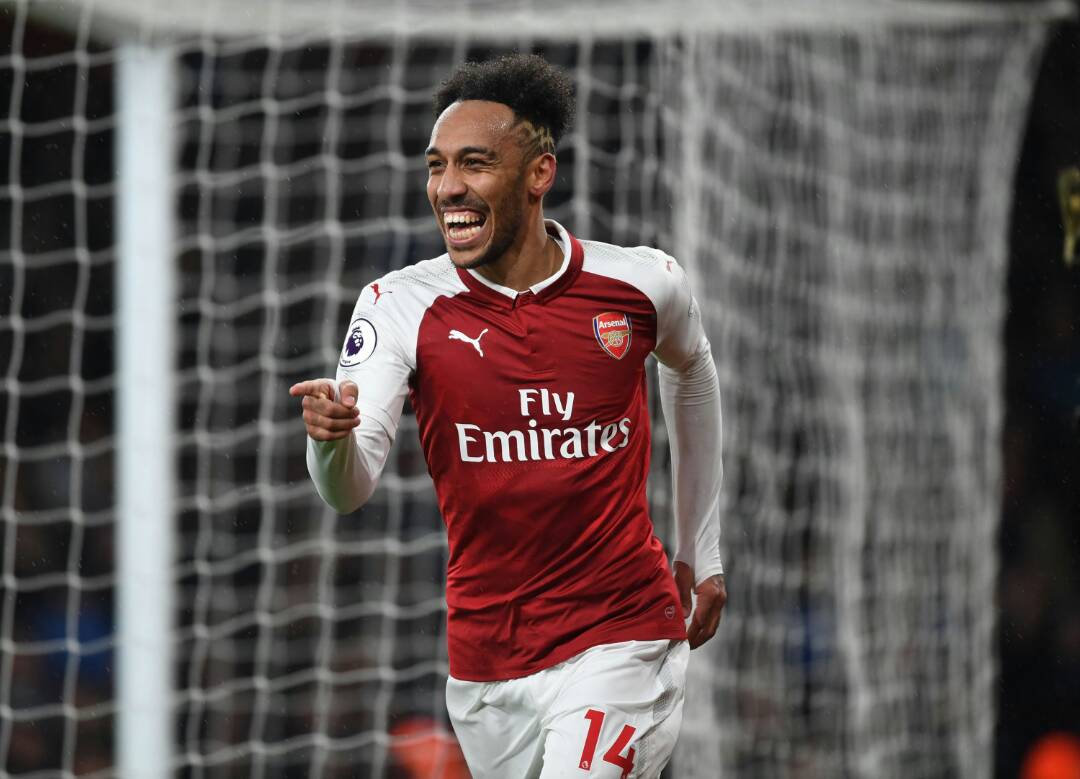 The gunners signed Aubamayeng in the January transfer window and the Gabon international was given his debut when Arsenal took on Everton.Arsenal Jersey.

The manager was so impressed with the performance and he had this to say about what impressed him most;

“The quality of his movement, I must say. When you analyse well where he goes and when he goes, it’s always what you want from a striker’ the manager told arsenal.com.

‘And even then I believe he is not completely 100 per cent fit physically.”

The gunners were also impressed with their new signing’s performance yesterday and they will be hoping to see more from him in the coming tough matches. However the fans believe that the arrival of Aubamayeng should not mark the end of Alexandre Lacazette.

The gunners have been underperforming in the recent months since the start of the 2017/18 season but most football analysts believe that this will be the time for Arsenal to start performing well since they have got the striker they have been craving for in all the transfer windows starting 2015.

Aubamayeng Reveals The Person That Persuaded Him To Join Arsenal