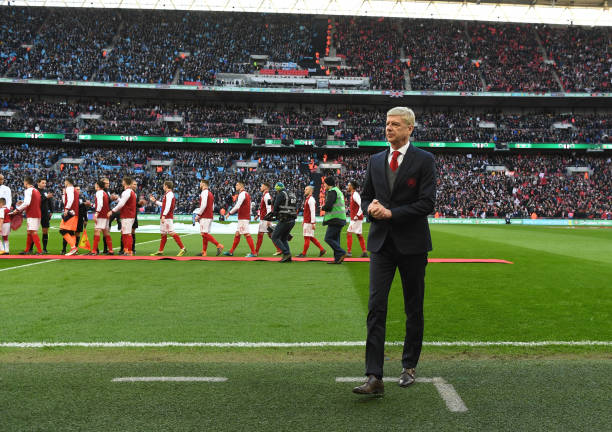 The gunners played a final match against Manchester City and were humbly defeated 3-0 due to poor performances from The North London derby.

Gunners manager Arsene Wenger was disappointed with the performance of the squad yesterday who failed to penetrate the defense of the citizens hence the gunners losing the chance to win the Carabao Cup.

The Frenchman was asked if he was now going to prioritize the Europa League and here’s what he had to say;

“We have to prioritise the next game first before we talk about the Europa League.’ the manager told arsenal.com.

The manager was hoping to finally win the Carabao Cup because he has never won it ever since he came to Arsenal.