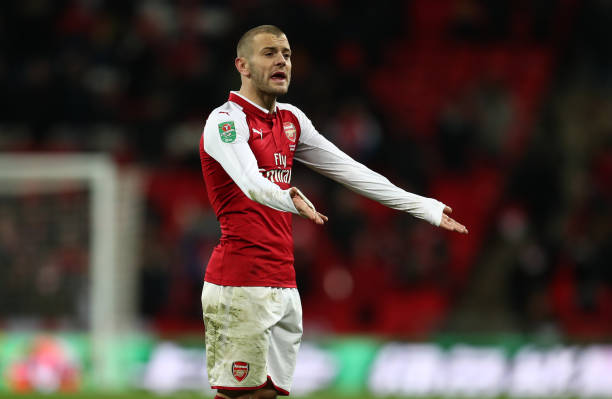 It seems Jack Wilshere has also become a topic amongst the Arsenal fans because most of them have mixed reactions with some saying that the club will regret losing him while others believe that he should rather be happy that he got offered a new deal even though was missing matches due to constant injuries in the past.

So What’s the new deal Arsenal is offering him?

According to numerous reports, it is said that the gunners have offered Wilshere a new deal which extends his stay for more three and a half years but what has pissed off the English man is that he will see a pay cut from his current £110,000 wages to £90,000 something which he believes is un fair to him because he has proved to the fans and manager that he is still good this season.

Should The Fans Feel That Arsenal is betraying Wilshere?

Arsenal as a club has put a lot of faith in Wilshere in all the years he has spent at the club, ever since his fruitful breakthrough, injuries have just followed up with him always missing almost half of the season so the fans shouldn’t get angry with the club for offering him a poor contract so Wilshere is supposed to just accept the deal if he still loves being an Arsenal fan.

So has Wilshere really been impressive season as you can see in the epl stat board below.

So far as you can see above, the midfielder has scored just one goal as well as making two assists after making 10 appearances for the North London club.

This could be a very poor season for the Englishman but you can’t complain because he is just a central midfielder who might not have many goal scoring chances in most intense matches.

Well there are a number of top European clubs who are interested in signing the Englishman but most haven’t made a move because they are waiting to see if he will sign the new Arsenal deal. Everton are however the most interested club because it was said that they even ready to give him a £8 million on signing payment if he agrees to join the toffees.

Based on our analysis, Wilshere does deserve a new deal but it might be on the club’s terms.

Analysis: Lacazette Is Back, Did Arsenal Miss Him?

In Depth Review: Overview On Arsenal’s Next Four Matches