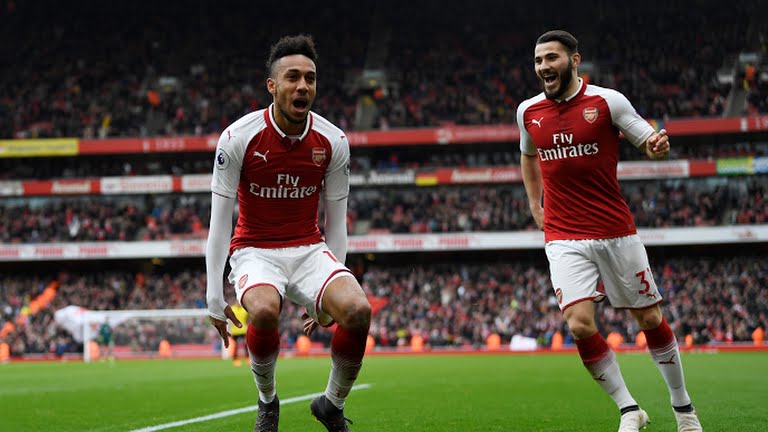 The gunners welcomed Watford at the Emirates stadium today as they battled for three points which Arsenal obtained thanks to three goals from Shkodran Mustafi, Aubameyang and Mkhitaryan.

The Arsenal team needed this win to keep their top four hopes alive and the team played well this afternoon because they were full of confidence after obtaining an away win against AC Milan on Thursday in Italy.

Arsene Wenger will go home with a happy face today because the last two wins have been making the fans happy which eases on the pressure.

TALKING POINTS FROM THE WIN AGAINST WATFORD.

– Arsenal have finally get back to winning ways after two back to back losses in EPL.

– Arsenal goalkeeper Cech saved a penalty for the first time in his Arsenal career.

– It seems Mkhitaryan is finally fitting well into the Arsenal set up.

– The gunners started the match with a poor defense but protected their goal well.

The gunners will now focus on their next match which takes place mid week as they welcome AC Milan at the Emirates stadium.

Report: Arsenal Beat AC Milan To Get A Win At San Siro Stadium