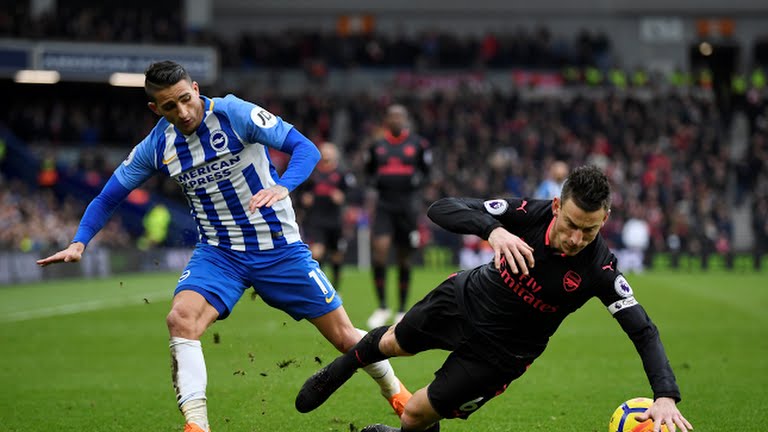 The gunners were welcomed at the Falmer stadium by home side Brighton & Hove Albion who have also defeated the Arsenal team 2-1.

The gunners have now lost their last three matches and it seems that the team’s performance just keeps detoriating each and every match so with this loss against bottom table team just ended all the bit of confidence the fans had in the Arsenal squad.

The team came into the away match knowing that they were facing a team which usually. becomes a headache for big teams and the home side went ahead in a few minutes before doubling their lead in the 26th minute but gunners striker Aubameyeng pulled one goal back but it wasn’t enough to help the gunners collect a point from the match.

The gunners will now have to discuss in the dressing room what to do because the Club is currently in a crisis and the board also needs to take action.

Report: Arsenal Beat AC Milan To Get A Win At San Siro Stadium

Arsenal Get Schooled By Man City After Conceding Three At Home