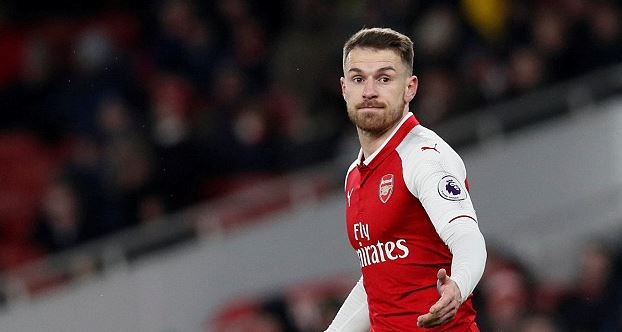 The gunners travelled to the Falmer stadium to face Brighton & Hove Albion who defeated the Arsenal team bu t what troubled some of the fans was why Aaron Ramsey wasn’t in the squad that travelled.

The Welsh international had played in two previous matches for the gunners before yesterday’s match and Arsene Wenger says that he was afraid of risking the player, here’s what he said;

“I left him at home because I played him in the two games against City, without a lot of training in behind.’ the manager told arsenal.com.

‘I didn’t want to gamble today for a physical setback, so I left him completely out of the squad.”

The gunners are clearly minding more about the Europa League more now because it seems like it’s their only chance of making their way for next season’s UCL.

The manager says that the Welsh international will be available for selection for their next match against AC Milan.