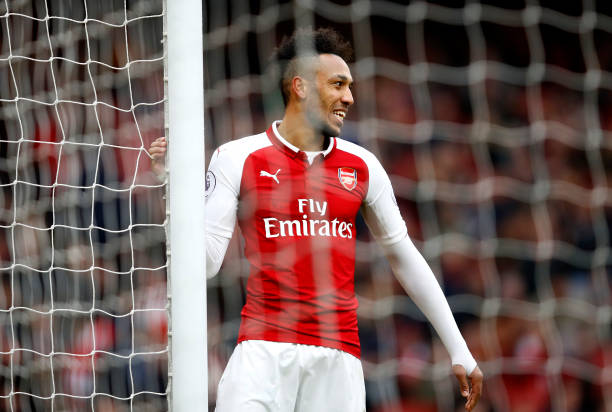 AThe gunners surprised their fans in the January transfer window after they completed the signing of Aubameyang from BorussiaDortmund on an Arsenal record fee.

Although the Gabonian intentional was brought into the usual starting lineup immediately, he hasn’t made much impact right away because Arsenal lost the Carabao Cup, two consecutive losses in the English Premier League in the past six matches which has raised questions whether he was the right person to sign.

Aubameyang has however what has been bugging him since he arrived at the Emirates stadium as he says that he is so frustrated with himself for not performing at the level the fans expected;

“I am really frustrated because the rules are a bit……? I don’t know how to say in English but I am disappointed because I can’t help my team.” Aubameyang told talkSPORT.

The Arsenal Team is slowly gaining back it’s form after the wins against AC Milan and Watford respectivelyand the Gabon international was among the goal scorers that netted against the hornets and what really made the supporters happy is that he did his jumping celebration which made the fans on Twitter to start tweeting that that Aubameyang is finally feeling at home at the Emirates stadium.

Aubameyang has so far scored three goals for his new club Arsenal but the supporters will be looking forward to see the best of him next season because he is still trying to adapt to the playing style in the EPL.

Mesut Ozil Reveals Why He Decided To Stay At Arsenal

Wenger Makes His Say On Petr Cech’s Performance Against Watford