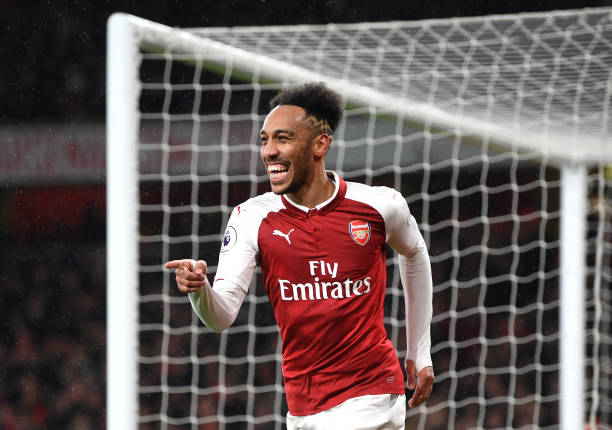 The gunners are playing against Manchester City at the Emirates stadium today and their new signing Aubameyeng has sent them a message.

The gunners signed the Gabonian intentional in the January transfer window and the striker hasn’t been that effective so far as he has scored 1 goal which was truthfully an offside.

“I think it is a difficult moment, but I think we’ve played against great teams, and I think we just have to be united, keep going, working hard and that’s the way to follow.” the forward told SKY SPORTS.

The striker will have another chance to showcase his talent today at home because the gunners are playing against Manchester City today.

The striker had an awful performance against the citizen’s in the Carabao Cup final and he received a lot of criticism from the fans but today will be a chance to impress the fans and earn their trust back.

Related Topics:ArsenalAubameyangManchester City
Up Next

Arsene Wenger Reveals What Went Wrong In Loss Against City

Report:Will Today’s Match Happen, What Is The Current Weather In London