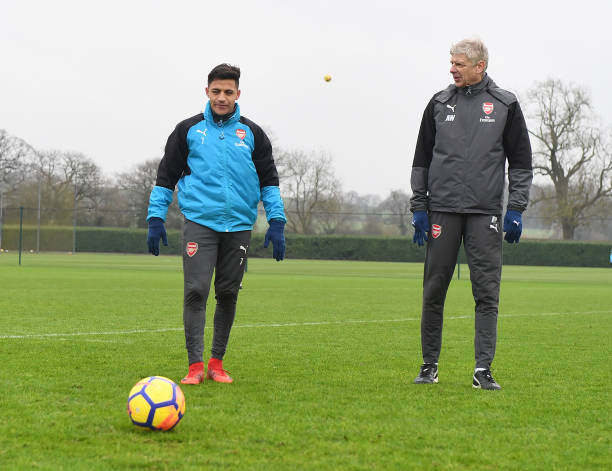 The gunners said good bye to one of their best player Alexis Sanchez who left the North London club to join their arch rivals Manchester United in the January transfer window.

Amidst all the transfer rumours that were going in with numerous speculations, it was then announced that Sanchez had left Arsenal in a direct exchange deal which saw the gunners get Mkhitaryan in return.

Sanchez has revealed the extend which Arsene Wenger did to stop him from joining United, he says that the manager told him that the Chilean is the best they got;

“He was very fond of me and he didn’t want to let me go.He told me that I want you to sign here because you are the best player in the team.” Sanchez told Chilean television.

It’s no secret that some fans still miss the Chilean international because he used to play a vital part in the attack of Arsenal but it seems they will have forgotten him by next season because new signings Aubameyang and Mkhitaryan have started making some chemistry which will surely be more effective next season.

Great News: Lacazette Back In Training