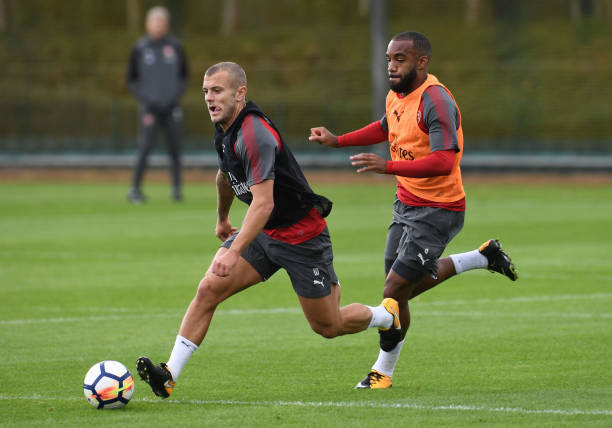 The gunners will be playing against Stoke City on Sunday as they play their first match ever since the international break begun, Arsenal‘s assistant manager Steve Bouldy took over today’s press conference because Arsene Wenger is ill.

The assistant manager was the one to answer the questions for the first time this year and was also questioned whether Jack Wilshere and Alexandre Lacazette would both be available for selection for the up coming match against Stoke City and he didn’t give a straight forward answer.

Here is what he had to say about. Jack Wilshere;

“Jack trained yesterday so he’s OK. Everybody else has come back as far as we’re aware. We’ll find out a bit more this morning but Jack was OK yesterday.” the assistant manager told arsenal.com.

Jack Wilshere was okay when he left for the international break but he sustained a knee injury from there but it is said that is isn’t serious but they are worries he might miss Sunday’s match.

Steve was also asked if Lacazette would make it to Sunday’s match and here’s what he had to say; “That I don’t know, he trained yesterday but whether he’ll be involved at the weekend or not, I’m not entirely sure.”

The gunners will be hoping that their two stars be available for selection for the Stoke City match because the Potters have always been a tough opponent for the Arsenal team.