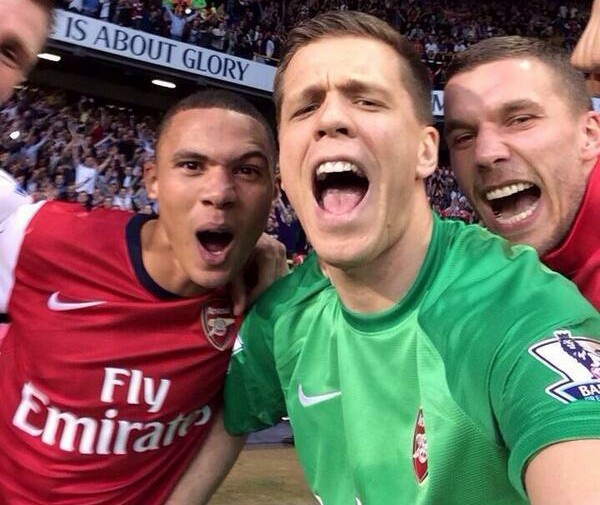 Szscesny was an Arsenal player a few months ago but he left the North Londoners in the last summer transfer window joining Italian giants Juventus who signed the Polish goalkeeper as a back up to their legendary goalkeeper Buffon.

The gunners lost trust in Szscesny after he had a horrible 2014-15 season and even got busted after he was found smoking in the dressing room which led to him getting a fine of £20k by the club. The player was then loaned to AS Roma and came back to the club in the last summer before he was permanently sold off to Juventus where is now.

Szscesny has revealed that he is happy in Italy because his wife is happy there;

“In Turin, me and my wife are happy. When the wife is contented then 80% of everything is on point.” said Szscesny.

The former Arsenal goalkeeper says he is very happy in Italy despite playing as a back up for their for 1st choice goalkeeper Buffon. Some Arsenal fans say they miss him so much because their team is currently facing goalkeeping problems because both of their goalies are old now.

Even though Szscesny says that he is happy where he is now, he has always shown his care for the North Londoners because he usually congratulates them on their achievements via his official social media accounts.