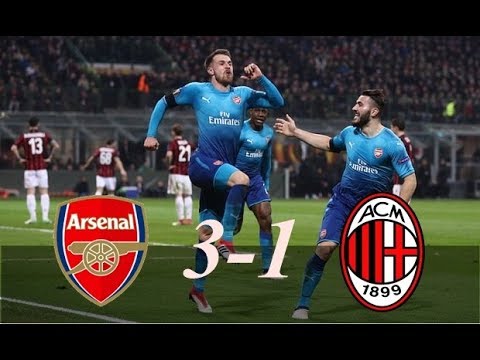 The gunners welcomed Italian club AC Milan at the Emirates stadium and showed them that they were much superior than the visiting club because they won the match 3-1 thanks to a great performance.

This win was enough for the Arsenal team to qualify for the Europa League quarter finals because they had won their round of 16 tie against AC Milan 5-1 on aggregate.

We have brought you the highlights of the match even though it has a bit late but we thought you would like to see the goals.

The gunners were very great throughout the whole match because they outclassed the visiting team and were very confident as they won 3-1.

Arsenal 3 Vs 0 Stoke City Video Highlights, Check Out How It Happened