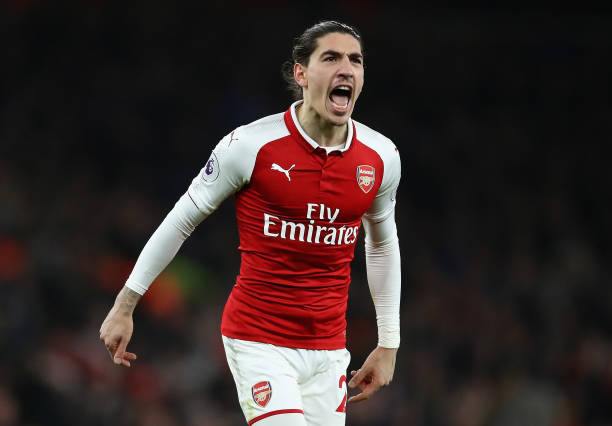 The gunners travelled to Italy on Wednesday without their first choice right back Hector Bellerin who was left in London in order to receive treatment for his knee injury.

So the gunners will be playing the round of 16 without a stable right back but the fans will be hoping that the replacement does his best.Arsene Wenger immediately had a press conference as soon as he arrived in the city of Milan and spoke about the injury of Bellerin;

“He is injured, he has an inflammation of his left knee, without ligament damage. ’ the manager told arsenal.com.

‘He was in hospital this afternoon to know why he is in so much pain. But it doesn’t look a long-term problem.”

The gunners revealed with the statement from the manager because some were worried that this is going to be an injury which could keep the Spanish right back on the sidelines for months. The Arsenal squad needs to remain intact if they would like to revive their name after the team collapsed in the month of February so injuries would be a huge setback.

Bellerin, 22 has been an important player in the squad ever since he came as a teenager from Barcelona and has grown into becoming one of the most valuable right backs in the European football.