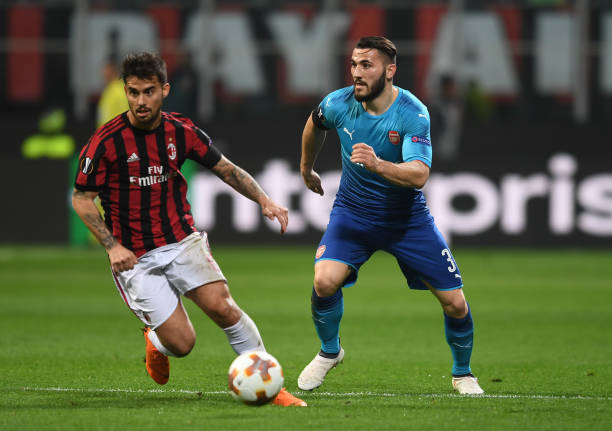 The gunners will be playing against Watford On Sunday and there has been worries amongst the fans because their left back Sead Kolasinac got an injury in the match against AC Milan.

The gunners will be playing an EPL match on Sunday at the Emirates stadium and the manager has confirmed that the Bosnian international isn’t ruled out of the match against Watford yet;

“Sead Kolasinac has an ankle problem, but we don’t rule him out for Sunday yet. ’ said Wenger telling arsenal.com.

‘Calum Chambers had cramps, because he played in a position which he is not used to for a centre back. He should be OK though.”

The gunners will now need to be stuck with Calum Chambers on Sunday if the medical specialists don’t clear Kolasinac fit enough to play against Watford.

The gunners have again started getting many injuries like they did in the past because they have a number of players now that are on the sidelines.

Arsenal Star Gets Injured While On International Duty

Wenger Explains The Injury Of Bellerin Ahead Of AC Milan Match