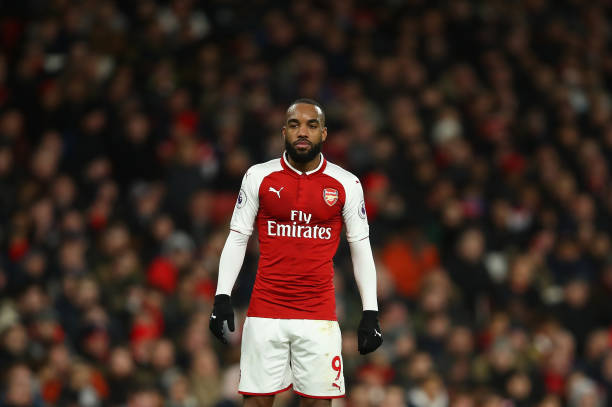 The gunners signed Alexandre Lacazette in the 2017 summer transfer window on a Arsenal record fee which surprised most fans who didn’t believe that their club would spend much on a player at that time.

The striker got introduced into the starting lineup right away and even played the first Premier League match of Arsenal against Leicester City where he scored his debut goal in less than 15 minutes. Even though the French striker has showed that he is an outstanding player but what has always been pissing off the fans is that Arsene Wenger could not give Lacazette enough play time on the pitch and he could only substitute him in the 60’s.

Wenger has always gave excuses for his action to always remove the striker and he has again revealed why he usually sub’s Lacazette, the manager said;

“I must say that Lacazette plays in a position where you sub more than say a defender.’ the manager told the Arsenal magazine.

‘You substitute a striker more than you would a defender, because they always have to provoke to defend, to attack. You have to create holes in their defenses, the strikers are more subbed than others.”

Alexandre Lacazette has been injured for months currently but he returned to training two days ago so he is expected to be available for selection soon. The Arsenal fans will be eager to know whether the manager will bring him into the starting lineup right away but that’s un likely because it seems Wenger trusts the new signing Aubameyang more.

Some football pundits even said that the decision to always substitute Lacazette affected his performance because he needs to play all the 90 minutes to get used to the highly competitive Premier League.