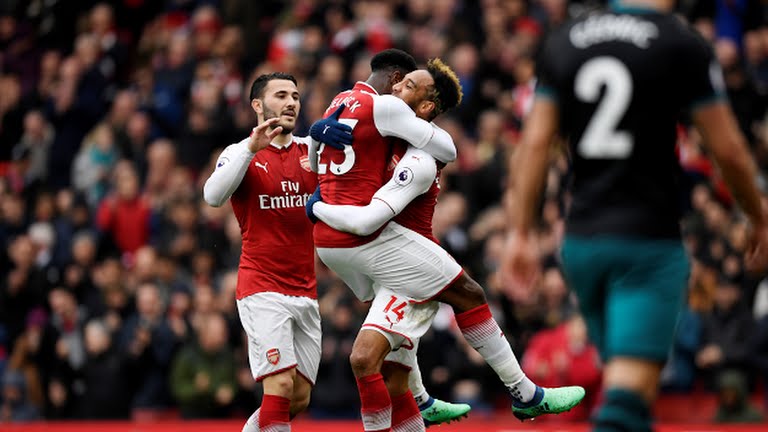 The gunners have welcomed the Saints at the Emirates Stadium today and the match is very intense in the first 45 minutes as the score board reads 2-1 in favour of Arsenal.

The first half performance wasn’t as good as the Arsenal supporters expected because the Saints were the first to put the ball into the back of the net through their forward Long.

The gunners took a few minutes to finally give a response as they equalised through their superb January signing Aubameyang who netted for the North Londoners in the 28th minute through an assist through Danny Welbeck.

Welbeck then later doubled the lead for the gunners to get upper hand in the match. The English international scored in the 38th minute thanks to an assist from Alex Iwobi, 7 minutes from halftime.

The gunners took over 20 minutes to finally register a shot on target but after they netted the equaliser, they soon become very stable on the ball and confident when attacking the Saints who are playing their usual defensive style of playing so Arsenal will need to work hard in the 2nd half to earn the three points.

Nelson Makes His Say On Being Selected In Today’s Lineup

PICTURES: The Arsenal Team Trains Ahead Of Southampton Match