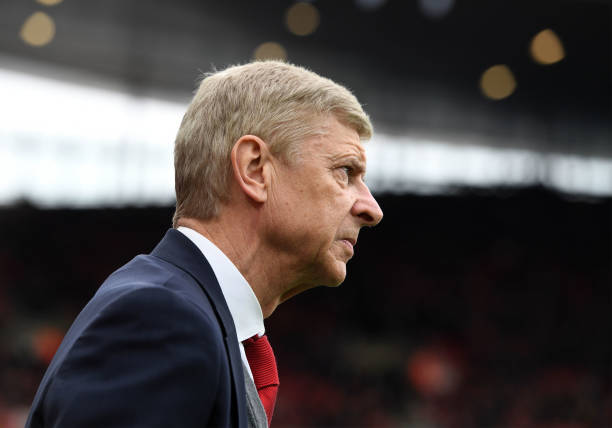 The Arsenal fans are disappointed with the performance of their club this season and most of them blame the manager for the misfortunes of the club.

It has been reported that the gunners would like to contact Nice manager Lucian Favre as a possible successor to Arsenal’s longest serving manager who seems to have fallen out with the supporters because they are calling for his resignation.

There are rumors that the board are ready to take action which can includes even sacking Arsene Wenger if the l club fails to qualify for next season’s UEFA Champions League, the gunners now have only the Europa League was their only chance of qualifying for the up coming 2018-2019 UCL campaign.

The Arsenal supporters won’t be happy with the report by L’Equipe because they would be hoping to get a great replacement for Wenger who has a nice history to have managed some top European clubs in the past.

Arsene Wenger has been at the Emirates Stadium for over two decades now and he has helped them win a number of trophies but ever since their winning of the Premier League without a single loss, the Arsenal team has never won EPL ever since that invisible season.

It is said that Nice manager Lucian Favre as also interested in managing the North Londoners but it is said that the gunners will need to fight with Borussia Dortmund for the signature of the Swiss man.