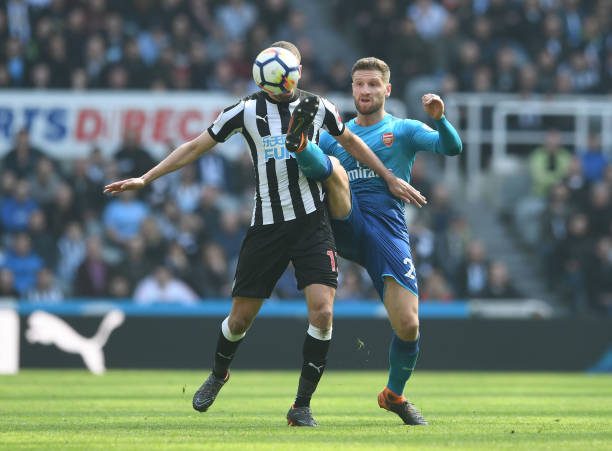 Arsenal got defeated 2-1 by Newcastle United yesterday and Shkodran Mustafi was among the most criticized players due to the un expected loss by the North Londoners.

The German defender was deemed to have been at fault for the 2nd goal of the Magpies because he wasn’t able to stop Ayoze Perez who went on to score past Petr Cech and his goal was enough to get all the three points from Arsenal. The Arsenal fans have been insulting Mustafi on Twitter saying that he isn’t worth the £35 million which the gunners got him for.

Arsenal Legend Martin Keown was also very disappointed with the performance of the defender and says that the German international is still doing the same mistakes as he did earlier this season.

“If we look at last week against Southampton against Shane Long, a little run made to the near post and his (Mustafi) body shape was all incorrect. He’s not looking at a possible and he gets done at the near post, the same thing happened again today.” the legend said on a TV program called Match of the day 2.

Shkodran Mustafi has faced a lot of criticism in the recent weeks because he has been under performing for the club this season, most of the supporters believe that the centre back is among the players that will need to be replaced at the end of the season as he has failed to live up to the expectations of the fans and manager.

Arsene Wenger Reveals What Went Wrong In Loss Against Newcastle