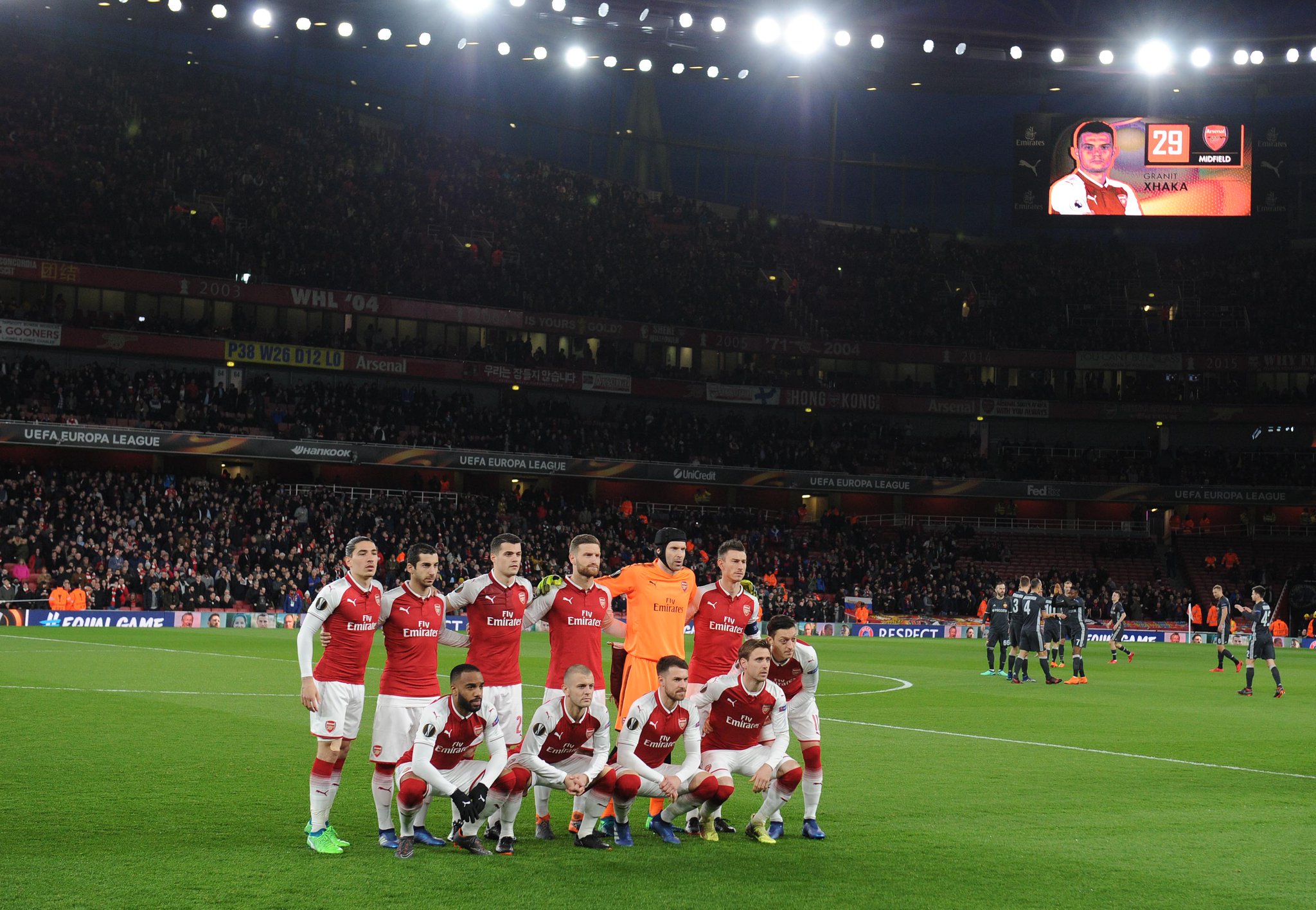 The gunners have been hosted by Russian side CSKA Moscow as the two clubs battle for a spot in the Europa League quarter finals, the Arsenal lineup to play today has been revealed.

The Arsenal squad travelled to Russia yesterday after successfully winning against Southampton on Sunday so they come into this match with massive confidence because they have won their last 6 matches.

HERE IS THE OFFICIAL LINEUP TO FACE CSKA MOSCOW

The gunners come into this match with a great advantage because they already in the lead with four goals to one on aggregate so this means that the home side would need to score a minimum 3 goals without Arsenal scoring if they want to eliminate the North Londoners.

Arsenal has been performing well in the Europa League better than the other competitions and most of their fans believe that this is going to be the year, the gunners lift the UEFA Europa League after numerous failed attempts in the Uefa Champions League.