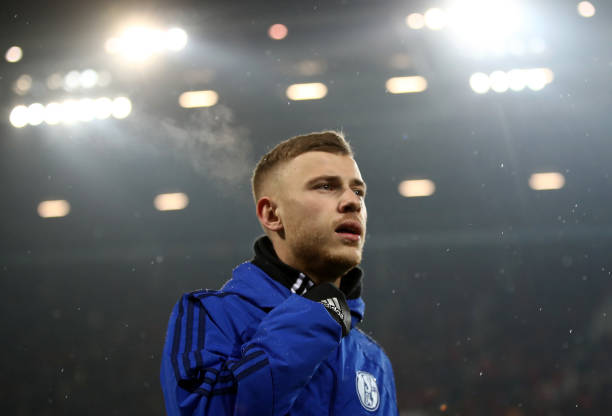 Arsenal have for long been interested in Schalke 04 midfielder Max Meyer who has attracted most European clubs including the gunners who would like to bring him at the Emirates Stadium.

Max Meyer will be out of contract at Schalke 04 at the end of this season and he has confirmed to the club that he won’t be signing a new deal because he wants to leave the German club. The young midfielder was interviewed on the current situation he was facing at the club and he said that he was being “bullied” at the team.

The German club didn’t take that statement lightly as it has suspended the player for the rest of the season he is with them, it was deemed being disrespectful to the club by uttering such words so Max Meyer won’t be taking part in the up coming matches and nor being on the bench.

This will however good news for other clubs interested in him because the player will now start focusing on the offers he has so far been given which includes the one from Arsenal because he is among the transfer target list which the North Londoners will be focussing on in the summer transfer window.

Report:Arsenal End Their Interest In Luis Enrique Due To One Reason