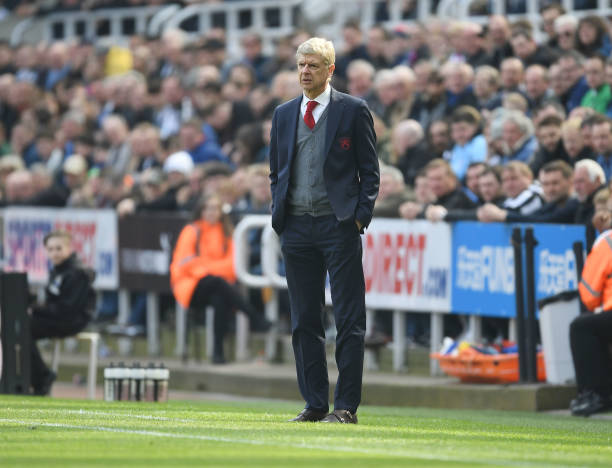 The gunners played against Newcastle United today 2-1 after making a remarkable recovery by the home side who came from one goal down to win the match.

The Arsenal squad came into this match hoping to obtain three points in order to keep their hopes of finishing in the top five alive because they would need to play a qualification match in order to get into the Europa League if they don’t win it this season.

Arsene Wenger was very disappointed with the performance and he thought that he was going to be able to finally write off the fact that his club hasn’t won an away match in the Premier League in 2018 but the Magpies didn’t allow him as they also beat the Arsenal squad, the manager has revealed what he believes went wrong for the North Londoners;

“I think the game could have been over at halftime, we conceded two goals from nowhere. ’ Wenger told arsenal.com.

“In the 2nd half, I feel that some players paid a little bit physically having played the game on on Thursday night in Moscow.”

Arsene Wenger will now keep all his hopes on the Europa League because according to his statement, their quarter final match against CSKA Moscow costed them today’s match because the players looked fatigued due to playing many matches in a short period of time.

The loss against Newcastle United puts much pressure on Arsenal because they are at a risk of going into the seventh position because Burnley are just two points away from moving into the 6th position.