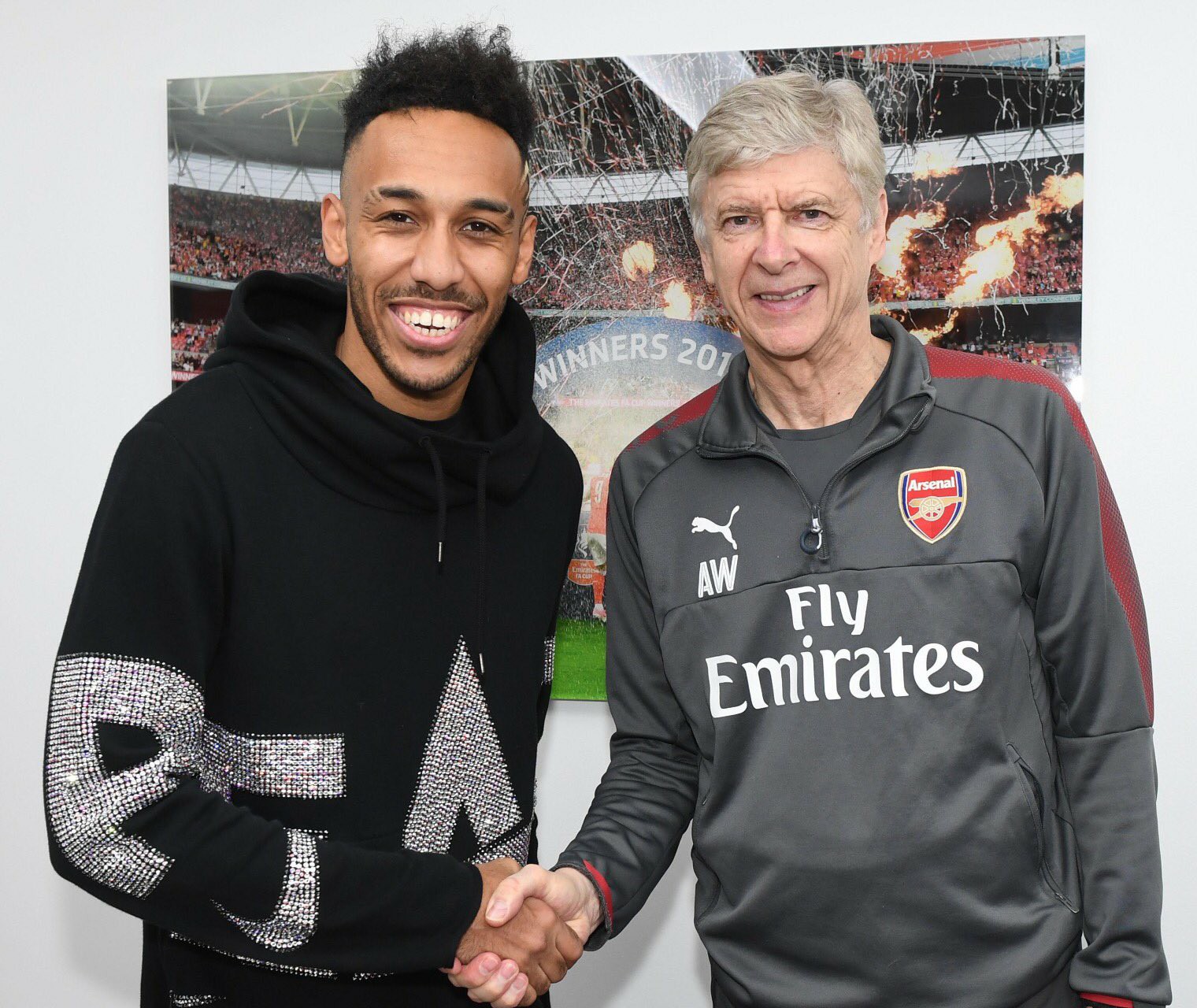 Arsenal supporters, players, football analysts and all football lovers were stunned this morning with the news that Arsene Wenger was going to step down as Arsenal manager at the end of this season.

It seems like also most of the Arsenal players including Aubameyang were not aware that the manager was going to step down at the end of this season. The Gabonian international finally gave his comment on the news that has made headlines for the whole day because no one expected this.

Aubameyang has also taken to Instagram to have his say on what has happened and he says that he is happy to have been Wenger’s last signing;

“I’m your last signing but since I’m here I’m proud to be your player Boss thanks for everything.”

Arsenal will be disappointed with the decision by the Frenchman to resign as manager because he was also among the main factors why some of top players such as Mesut Ozil and Mkhitaryan to want to join the gunners.

Mesut Ozil Reveals What Wenger Is All About!

Ferguson: I have Great Respect For Wenger