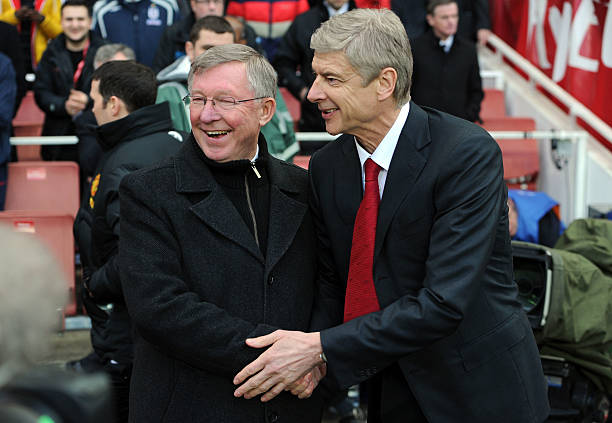 Arsene Wenger announced today that he will be stepping down as Arsenal manager at the end of the season.

This news has been a surprise to many who never imagined that the Frenchman wasn’t going to finish his 2 year deal he signed at the end of the 2016/17 season and among them was former Manchester United manager Sir Alex Ferguson who was stunned by the news that his compatriot was gonna resign this year.

The former Manchester United manager said that he has great respect for the French manager;

“I am really happy for Wenger. I have great respect for him and for the job he has done at Arsenal.” Sir Alex Ferguson told ManUtd.com.

“In an era where football managers sometimes last one or two seasons, it shows what an achievement it is to serve that length at a club the size of Arsenal.”

Arsene Wenger and Sir Alex Ferguson were rivals for many years and the former United manager says it was an honor being Wenger’s rival but says that he is one of the best managers to have ever been in the Premier League.

Arsene Wenger hasn’t released any other statement aside from the one where he revealed how his going to resign at the end of the season.

Related Topics:Alex FergusonArsenalArsene Wenger
Up Next

Aubameyang Sends Message To Wenger After Hearing The News