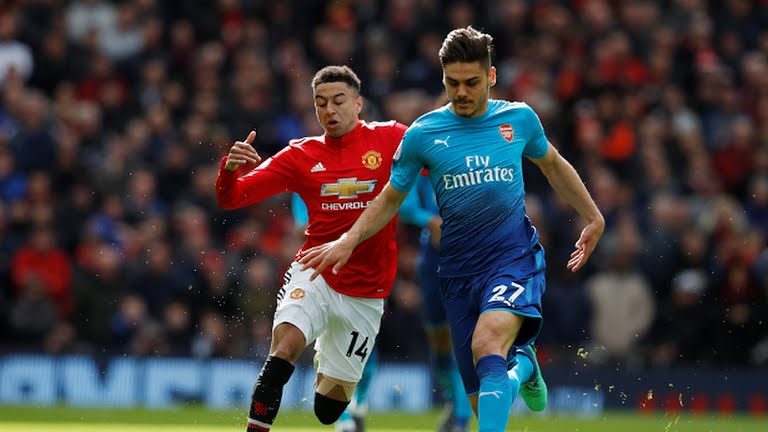 The gunners have been welcomed at the Old Trafford today and the players have gone to the dressing room with the score of 1-0 at halftime in favour of Manchester United.

Arsenal came into this match with a weak squad because the manager would like to rest some of the players due to the Europa League match against Atletico Madrid on Thursday. The red devils controlled most of the first 15 minutes of the game and finally found a breakthrough through Paul Pogba.

Arsenal have been awful in the first half of the match because they have failed to create clear-cut chances and the fans look all sad because they see this as a match which they will not win no matter what, so they will be hoping to see something special in the 2nd half after the manager tells the players some words.

TALKING POINTS FROM THE MATCH SO FAR.

-The gunners hadn’t got any shot in the first 15 minutes.

-The gunners looked misplaced in the first minutes of the match with United holding most of the possession.

– Manchester United have had most of the possession in the first match.

– Arsenal will need to regroup in the second half if they

This is exactly what the supporters expected because the manager was to rest some of the players because their main target this season is the Europa League.

Wenger Reveals Whether He Will Be Friends With Mourinho