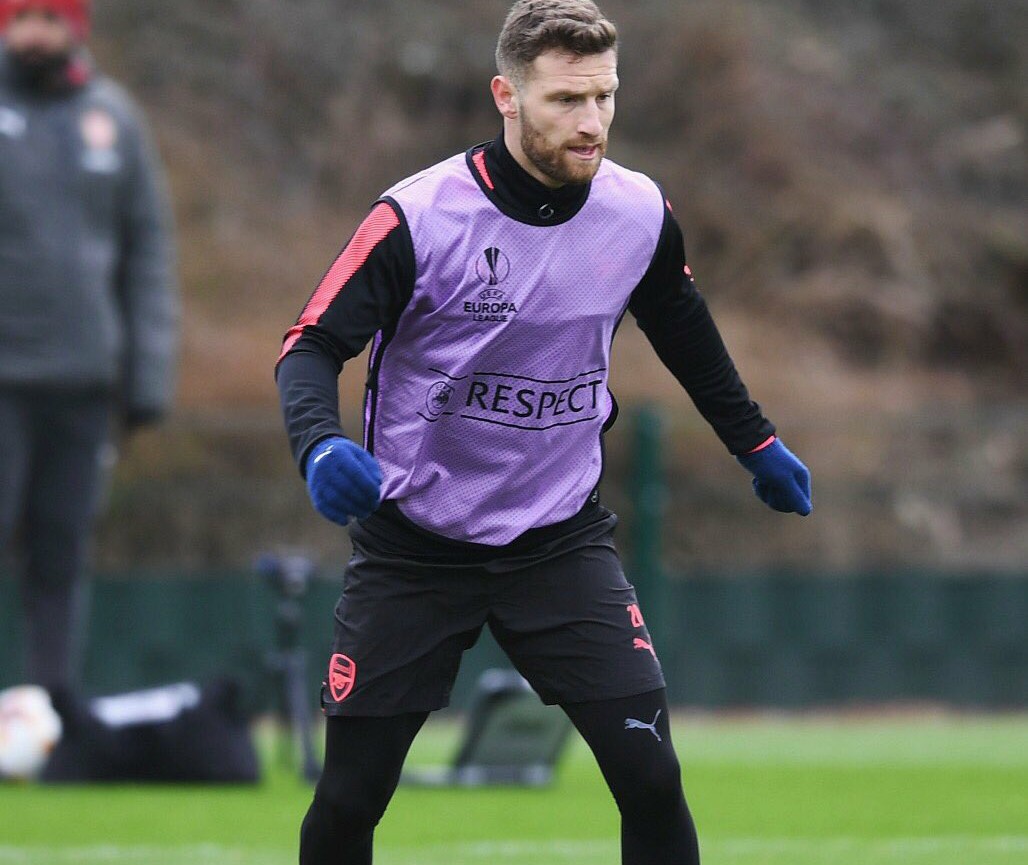 The gunners will be playing against CSKA Moscow at the Emirates Stadium tomorrow as they play the first leg of their Europa League quarter final tie and Shkodran Mustafi has sent a message to the fans.

Arsenal now has only the Europa League as their only chance of qualifying for next season’s Champions League because they have totally failed to make their way into the Premier League top four of this season.

Mustafi took to social media to reveal their next challenge as you can see below;

??? The next challenge on our European mission is ahead of us ?? Let’s put us in a good position for the 2nd leg in Moscow ??? #ARSCSKA #COYG #sm20 @arsenal pic.twitter.com/Dwq9N4tzSF

“The next challenge on our European mission is ahead of us.Let’s put us in a good position for the 2nd leg in Moscow.” said Mustafi.

Most Arsenal fans have criticized the German defender for his poor performances this season because he hasn’t been that impressive as he was last season, the player is however not fazzed with that criticism because his manager hasn’t named him out as a low performing player in this 2017/18 season.

Lacazette Shows Wound He Got On His Return To The Pitch