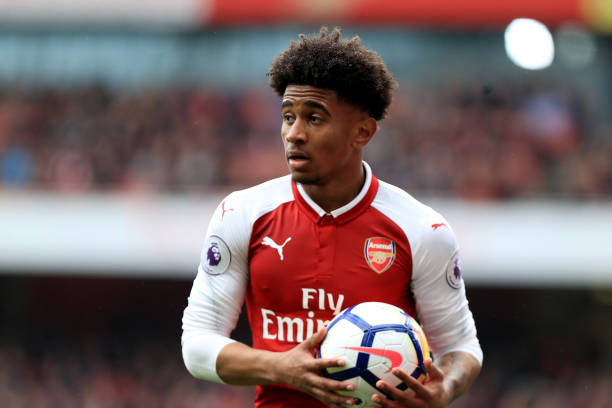 Arsenal manager Arsene Wenger surprised everyone today after it was revealed that their youngster Reiss Nelson was in today’s lineup, something which nobody expected.

The 18 year old was delighted with the trust given to him by the manager because he has been working hard in order to get some chances in the senior squad. The midfielder was so happy about it and had alot to say.

Reiss Nelson has been training with the main squad for a couple of weeks but he finally got his breakthrough today against Southampton, he had a smile on his face and said;

“I am delighted, I am really happy. All the hard work is paying off so I’am really happy and excited to push even further.” Reiss Nelson told Arsenal.com.

The young midfielder wasn’t known by the Arsenal supporters until this season when he made his breakthrough in the pre season matches after he showed some remarkable performances. He has also been playing well in the under 23 squad and it’s due to his performance in the younger squad that has made Wenger to choose him in today’s match.

Wenger Reveals Whether He Will Sign More Strikers In Summer