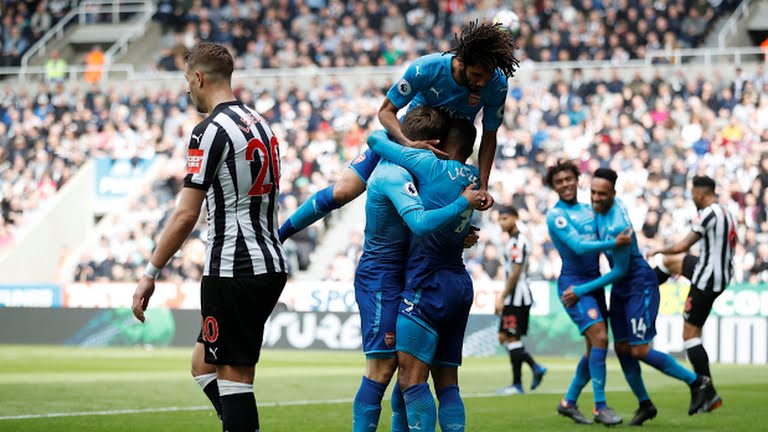 The gunners are playing against the Magpies at their home stadium the St James Park stadium and it’s not going on well for the gunners as the score board reads 1-1 with Alexandre Lacazette being the goal scorer for the North Londoners goal.

Arsene Wenger surprised the fans today as he started both of their star strikers together that’s to say Aubameyang and Lacazette, the fans have for long been calling for this but he could always seem un interested until today. The gunners have been outstanding in the first half because they have had only the ball more times than Newcastle United who seem displaced yet playing at home.

What’s more interesting is that Aubameyang is the one that assisted Lacazette to score the first goal for the North Londoners which makes the thoughts of the fans true because they always say on the social platforms that Aubameyang and Lacazette could make a phenomenal partnership if played together.

Newcastle took over 15 minutes to finally give a response to the goal by the gunners but have now gained momentum to pull off a fight against Arsenal who really need this win. The manager has however rested some of his stars today after they had a busy schedule last week and he doesn’t want them to get fatigue.

Arsenal will need to improve on their finishing skills if they would like to win this match because it’s not an easy one.

Three Talking Points Ahead Of Arsenal’s Match Against CSKA Match