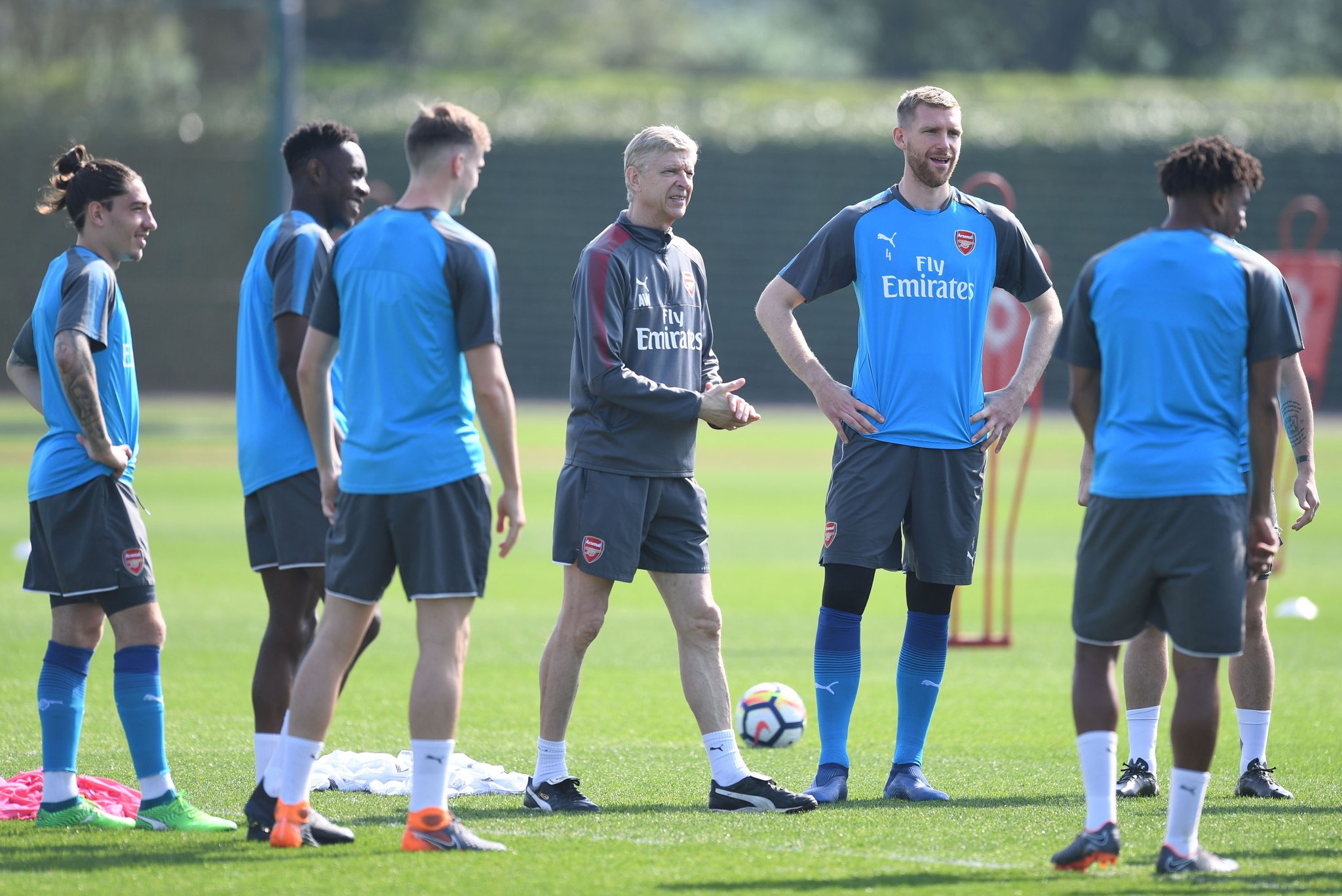 The gunners will be welcoming West Ham United at the Emirates Stadium tomorrow as they play their first match after the surprising announcement of Arsene Wenger.

The French manager will be managing the club for the last time this season and he will be hoping to finish off the remaining matches on a winning streak as well as winning the Europa League.

Despite yesterday’s announcement, the squad trained today at it’s usual training grounds, the London Coloney and most of the players trained which means that the manager might not rest the players for the up coming Europa League semi finals against Atletico Madrid.

We have brought you some of the training pictures taken by Arsenal’s official photograpther STUART.

PICTURES ARE IN A GALLERY FORMAT

The gunners will come in tomorrow’s match against the hammers with no confidence after their un expected defeat against Newcastle United last week and the squad will surely be un focussed with the news that Wenger is leaving as well as the transfer rumours which are gonna start on who will be Arsenal’s next manager next season.

The gunners have poor record against West Ham United especially when playing them at their Stadium but luckily they will be paying a visit to the Emirates Stadium this time.

Sanchez Reveals Why He Didn’t Pay Tribute To Wenger

Wenger Was Sacked, Didn’t Resign According To Arsenal Legend