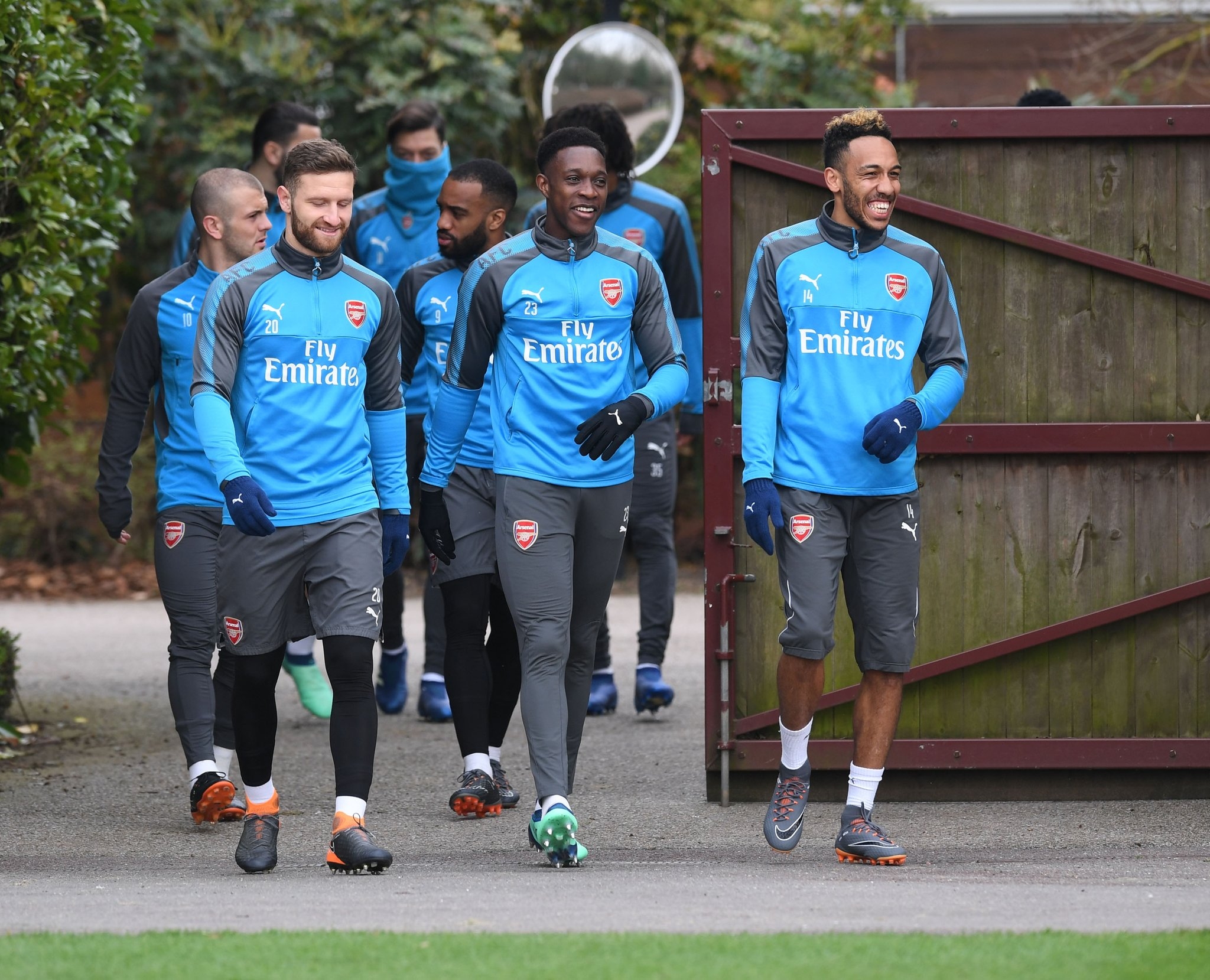 The gunners travelled to Russia today to face their Europa League quarter final opponents CSKA Moscow on Thursday as they finish off the tie in Moscow.

The Arsenal squad trained at their usual training grounds, the London Coloney before they set off for to fly to Russia’s capital city, Moscow. The gunners will come into this match knowing they have the upper hand in qualifying for the semi finals but Arsene Wenger still travelled with a strong squad.

We have brought you some of the pictures of players in training which were taken today by Arsenal’s official photographer Stuart.

The Arsenal squad has already arrived in Moscow and most of the players are already updating their fans on the social media accounts, the gunners will need to avoid conceding three goals against the home side tomorrow which will be enough because they have 4-1 on aggregate.

It will be almost impossible for the Russian club to eliminate the gunners because they will come into the match hoping to finish off the tie with two wins, both home and away.