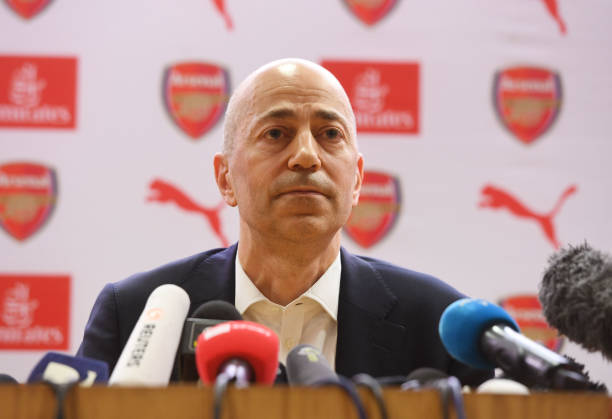 Arsenal chief Ivan Gazidis is said to have told his staff that it’s going to be a tough task to get a new manager at the Emirates Stadium at the end of the season.

As reported by The Sun, the gunners have identified former Arsenal Star Mikel Arteta as the perfect replacement for Arsene Wenger who will be leaving at the end of the season because the Arsenal chief believes that the former midfielder has shown great results while in the back room at Manchester City.

Mikel Arteta is now at Arsenal rival’s Man City but he can abandon that position if he receives an offer from the gunners if he still has love for the North Londoners club but the supporters hate him for the action he did after going to Manchester City, the midfielder deleted all his twitter activity about Arsenal which could have as well-meant he no longer has any connection with the gunners.

Ivan Gazidis believes that Arteta is the perfect choice because he knows the club more than any of the legends who left many years ago, the Arsenal fans would rather wish to have former players like Thiery Henry and Patrick Viera because they have great experience as well as being aspiring managers.

It seems like Arsene Wenger will have no say in the club’s look for a new manager and he won’t even give any suggestions to the Arsenal chief, he confirmed that once in an interview that he won’t take part in Arsenal’s look for a manager.