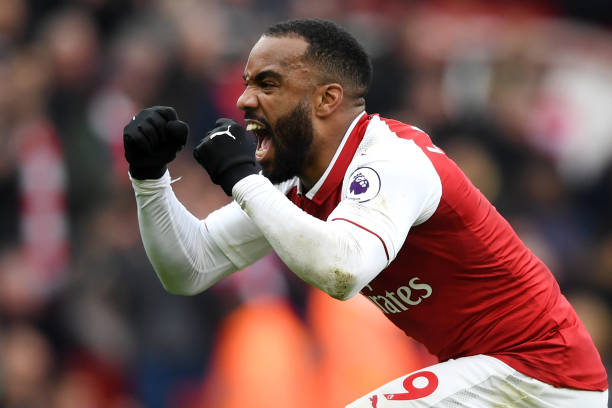 Arsenal striker Alexandre Lacazette returned from the sidelines last week and was brought into yesterday’s match which the gunners won with the Frenchman scoring the third goal of the match.

The Arsenal fans were happy to see the Frenchman back to the available squad because he will always be as a super sub in the Premier League as well as being the main forward for the gunners in the Europa League.

The striker was also very excited to be back at the footballing pitch because there is no player that likes being on the sidelines. Lacazette took to Instagram to send a special message to the fans as you can see below;

The striker wrote; “What a feeling to be back at Home, thanks to all the fans for the support. We Will need you until the End.”

The gunners currently have two top forwards that’s to say Aubameyang and Lacazette but they did show some thing special in yesterday’s match after the Gabonian international allowed his compatriot to take the penalty kick yet it was supposed to be given to him in order to get a hatrick, this symbolized friendship amongst the two.

Lacazette will certainly be playing mostly in the Europa League became the manager trusts the new signing more in the league.

Wilshere Reveals Why He Is Buzzing For Lacazette