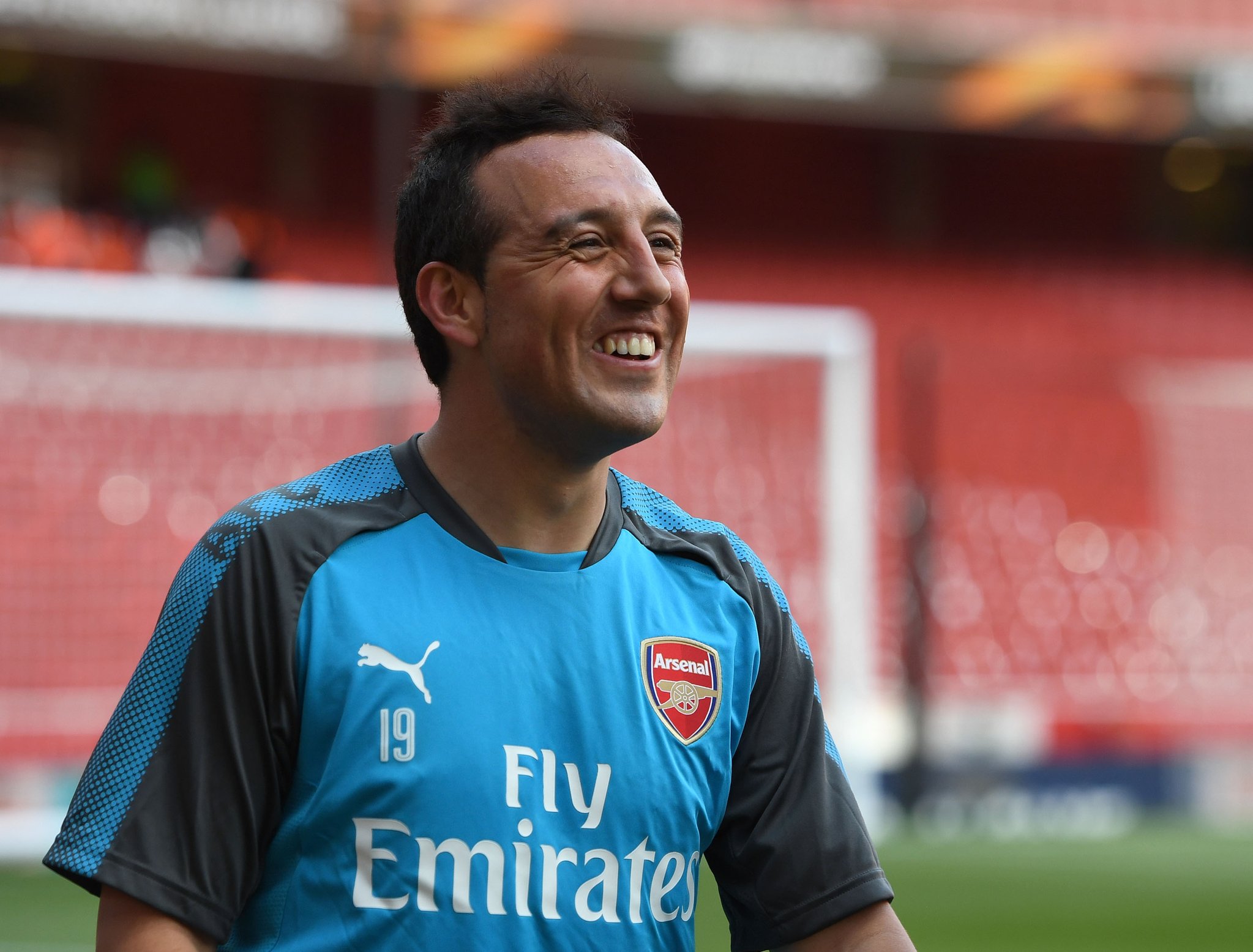 Arsenal midfielder Santi Cazorla has been out on the sidelines for the whole of this season due to an injury which has seen him under go several surgeries.

The Spanish midfielder has faced a lot of challenges in the 2 years he has been at the sidelines but the Arsenal fans have prayed for him ever since because he is a fan favourite at the Emirates Stadium due to his skillful playing style, he is a player whom the North Londoners have failed to finally get a replacement for the injured Santi in all these past few transfer windows.

Santi Cazorla trained yesterday for the first time after a very long time and was present at the Emirates Stadium when the gunners welcomed Atletico Madrid and the fans were happy to see him at the pitch even though he didn’t take part in the game. The Spanish international was asked when he hopes to be back;

“I hope, I will be back in full training in maybe two weeks. It’s a challenge but a positive one.” Cazorla told beINSPORTS.

The gunners will be happy about the news that Santi Cazorla will be back in about two weeks because he has been missed by the supporters so much.