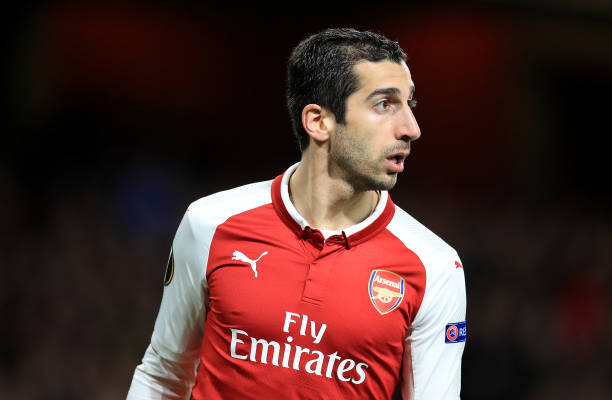 Arsenal midfielder Mkhitaryan has been out on the sidelines for weeks now after he sustained a knee injury in the gunners first leg match against CSKA Moscow.

Arsene Wenger has confirmed that the Armenian international will be available for the match against Manchester United which takes place tomorrow but he will likely start on the bench because he is back from an injury and can’t be introduced into an important match as that against the red devils.

“We have no problems, Mkhitaryan is available. Elneny is out, Cazorla too of course, everyone is OK. ” Wenger told arsenal.com.

The Arsenal supporters have missed Mkhitaryan in the past few matches because he had great impact on the squad because he added creativity to the team hence scoring more goals so he would have been useful in the match against Atletico Madrid on Thursday because the gunners failed to finish off chances as well as those killer passed which both Mkhitaryan and Mesut Ozil bring to the table.

Mkhitaryan will be eager to get back in action because he wants to form a connection with the supporters who have been impressed  his performances and even recently voted him player of the month for March.