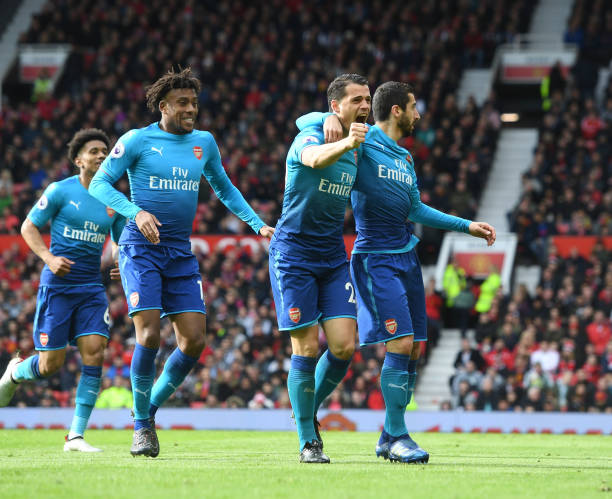 The gunners took on Manchester United yesterday with a weak squad full of youngsters but there were some adult players like Aubameyang, Mkhitaryan and others.

The match was a very intense match for the Arsenal squad because they were playing against the 2nd best team in the Premier League this season and were lucky to have not conceded many goals because they came with a weak team.

Arsenal midfielder Mkhitaryan returned from injury yesterday and he was introduced to the lineup right away to face his former club and that decision didn’t go to waste because the Armenian international equalised for the North Londoners, five minutes after the 2nd half begun but he was later subbed in the 60’s which made the fans get worried that he is injured again.

David Ospina was also replaced a few minutes before the match ended due to an injury he had sustained so Arsene Wenger faced the reporters after the match and informed them about the injuries of Ospina, Iwobi and Mkhitaryan.

“I took off Mkhitaryan because he had a little knock on his knee again, the same knee, we could see that just looking at him in the dressing room.” said Wenger telling Arsenal’s official website.

“Ospina has a rib problem and Iwobi has a hamstring problem.”

The manager was then asked if the trio were going to miss the Thursday match against Atletico Madrid but he replied saying that they will need to monitor them for the next 48 hours before making a decision.

Arsenal Gets Injury Boost Ahead Of Atletico Madrid Match