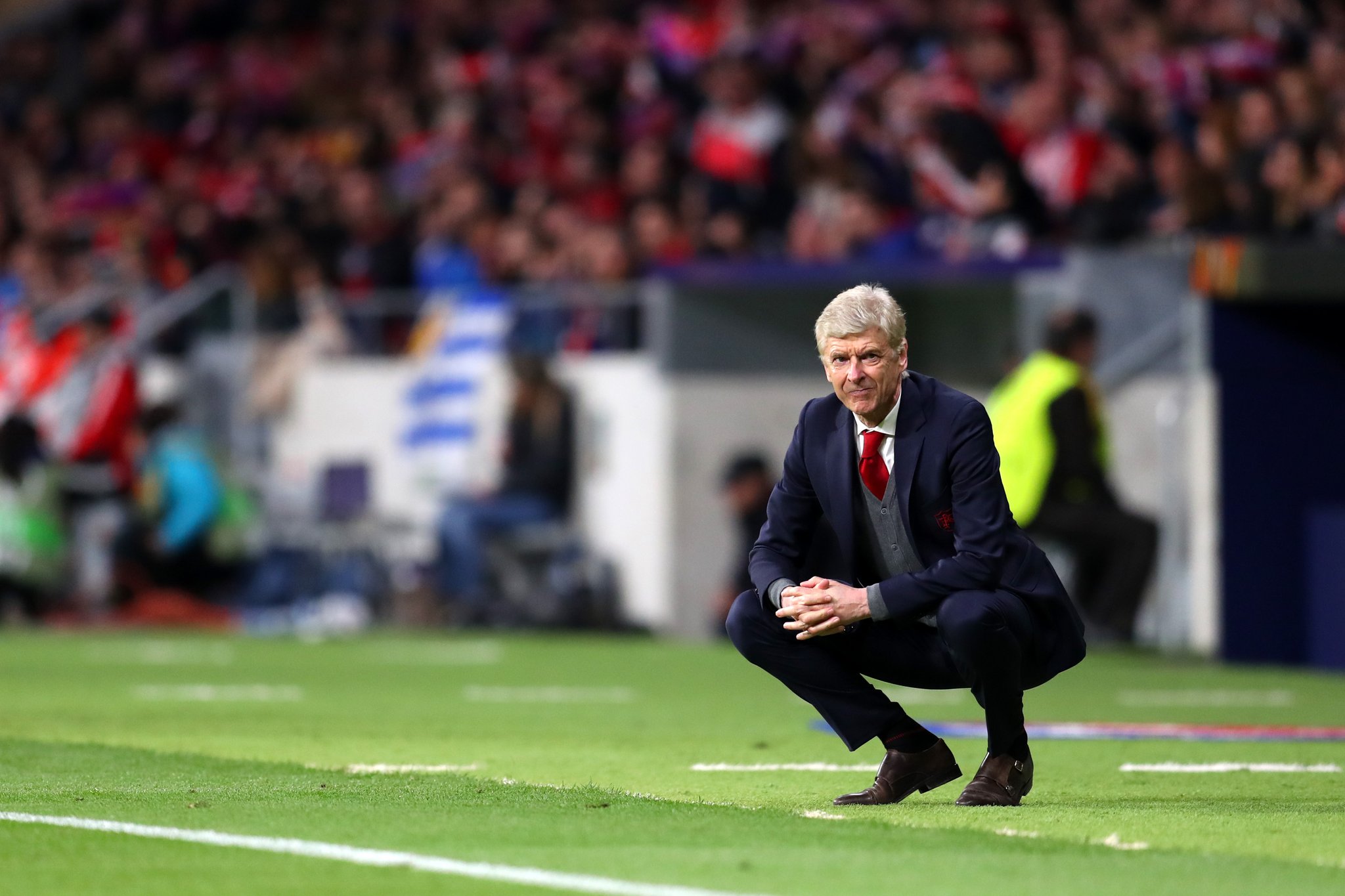 Arsenal got eliminated from the UEFA Europa League last night by Atletico Madrid after a 1-0 home win by the Spanish side.

The gunners travelled to Spain to play their 2nd leg Europa League semi final match against Atletico Madrid but they failed to get a win there after the LA liga team played a defensive type of game frustrating the Arsenal team hence defeating the North Londoners to knock them out of the 2017/18 Europa League.

Arsene Wenger was disappointed with the match because he thought that he was gonna leave the Emirates Stadium in triumph of winning the Europa League but Atletico Madrid didn’t let him do that as they showed to be technically better than the gunners. The French manager said in the after match interview that he was also very sad;

“I am like the team, very disappointed, I am very frustrated as well. I am very sad to leave the club with this exit.” said Wenger.

Arsene Wenger announced that he will be leaving the club at the end of this season due to some un clear reasons and the manager had put all his hopes on leaving the Emirates Stadium when he has taken the club back to the UEFA Champions League and to do that, he needed to win the Europa League which offers automatic qualification to UCL but all that has failed due to last night’s defeat.

The gunners will now need to win the rest of their Premier League matches hoping to stay in the Europa League spots for the up coming season.

Diego Costa Reveals Why He Loves Playing Against Arsenal