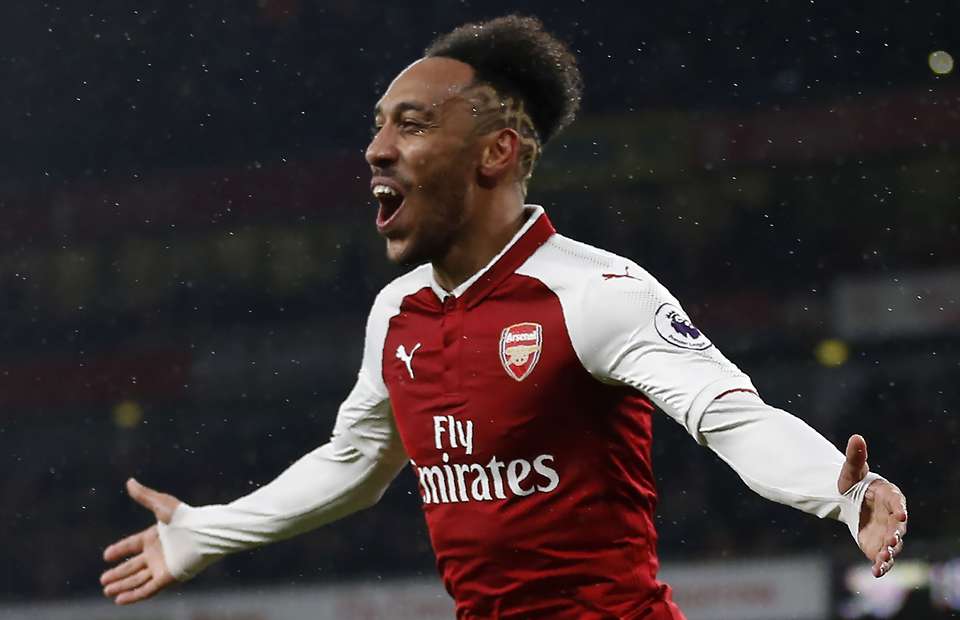 Pierre-Emerick Aubameyang was the last signing of Arsene Wenger before he left the club at the end of the 2017/18 season. The Gabonian international has been with the Frenchman for just six months only since he arrived at the Emirates Stadium in January.

Arsenal confirmed yesterday that Unai Emery has been appointed as the new manager of the North Londoners and he will be taking charge of the club immediately as he had a press conference after a few hours of the announcement of his arrival at the Emirates Stadium.

Aubameyang was also happy about the arrival of the new manager and he says that Unai Emery is a very good coach.

“It’s a very good coach, it’s never easy in Paris, there’s a lot pressure. I know he did a great job in Sevilla and Paris too. ” The Gabonian international told RMC Sport.

Aubameyang has been outstanding for the gunners in the few months he has spent at the Emirates Stadium as he has scored 10 goals in just 13 Premier League appearances which is a great performance for a player who is playing in a league he isn’t used to.

Aubameyang believes that it’s weird for a manager to leave a club after finishing 22 years at the club but says that they will need to work hard to get good results.

“Of course it’s weird that the coach goes after 22 years.’ said Aubameyang.

“It’s life, we have to move forward, we’ll have to get everyone thinking to work hard to compete with the best. ”

It is said that new manager Unai Emery will build his team around the striker because he has proved to be a fantastic signing in the few months he has been at the Emirates Stadium.

Related Topics:ArsenalAubameyangUnai Emery
Up Next

Report: Unai Emery To Give Lucas Perez A Chance To Impress