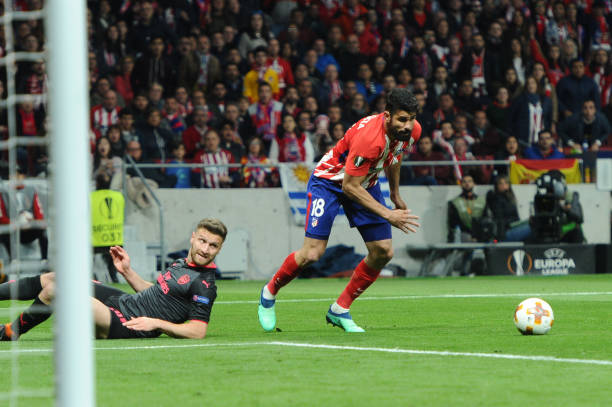 Diego Costa became the hero for Atletico Madrid last night when he put the ball into the back of the net which was the only goal of the match.

The Spanish international is one of the few players that are hated by the Arsenal supporters because he could usually haunt them when he was still at their arch rivals, Chelsea where he scored in almost every match he played against the North Londoners.

Diego Costa started last night’s match in Atletico Madrid colours last night and he scored against Arsenal in the 45th minute and the striker was asked on why he loves playing against the gunners;

“I have played in England before and it motivates me a lot to play against Arsenal because I was at Chelsea.” Diego Costa told The Mirror.

Diego Costa left England recently after he had misunderstandings with the Chelsea team who dismissed him before letting him to go back to his former club.

PICTURES: Arsenal Squad Trains Ahead Of Clash Against Burnley