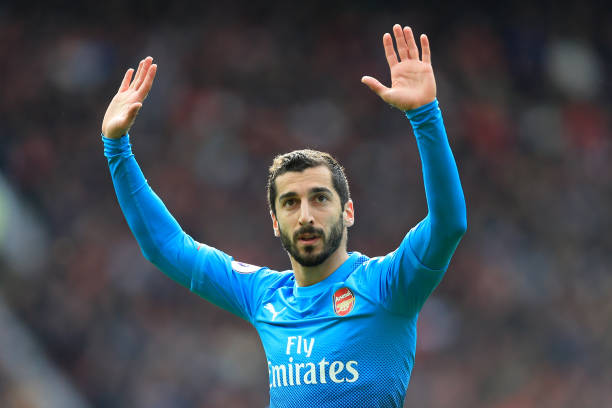 The gunners will be playing against Atletico Madrid tomorrow in Spain and most of the Arsenal supporters are worried because all their UEFA Champions League hopes rely on this.

The gunners have however received some good news today after its been reported by The Metro that Arsenal midfielder Mkhitaryan will be available for the up coming UEFA Europa League semi final match against Atletico Madrid.

Mkhitaryan has been outstanding for the gunners in the few months he has been at the club and was recently named Arsenal player of the month for March after a remarkable performance he showed in that time so the fans have trust in him, he has been on the sidelines for some weeks but recently returned against Manchester United where he seemed to have a problem in the same knee but he is luckily back for the match on Thursday.

The gunners will have to face Atletico Madrid with a strong squad tomorrow because the LA liga team has a good record at their home stadium.

Arsenal Gets Injury Boost Ahead Of Atletico Madrid Match