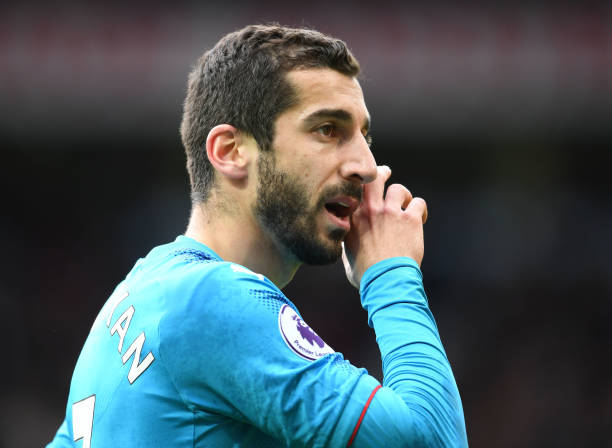 The gunners obtained Mkhitaryan in the January transfer window after he was swapped with Alexis Sanchez who went to the Old Trafford after his continuous demands to leave the North Londoners before his contract runs out. The Armenian international has finally settled at the club and has won over the hearts of the supporters who now believe in him.

The midfielder came to the Emirates Stadium after he was not happy with how Manchester United was treating him so he made the decision to just leave the Manchester club since a chance to join the gunners had pop up and he had in the past ever said that he wanted to join the North Londoners because it is his dream club ever since he was a little kid.

One of the top reasons why he wanted to leave Jose Mourinho’s Manchester United team was that the manager plays a defensive type of game which isn’t suitable for the playing style of Mkhitaryan because he is an offensive player and he indirectly confirmed this in his latest interview with FourFourTwo.

“When I heard I could swap Manchester United for Arsenal, I said yes I want to do that. ” said Mkhitaryan.

“I wasn’t even thinking twice or thinking that maybe I don’t have to go. I said no, I want to go, I want to have more playing time. I want to enjoy playing attacking, offensive football! I made right decision coming here. ”

The gunners have been happy with Mkhitaryan so far as they have even voted him player of the month for March recently after he showed a fantastic performance in that month and most believe that the North Londoners would have performed better in their Europa League semi final tie against Atletico Madrid if the 29-year-old was fully fit.

The red devils won’t be happy with the statement by the Arsenal star because he clearly criticized them in his statement about his wish to play attacking football.

Wenger Reveals Whether He Could Manage Against Arsenal Now

Wenger Reveals The Difficulty He Is Facing In Saying Good-Byes