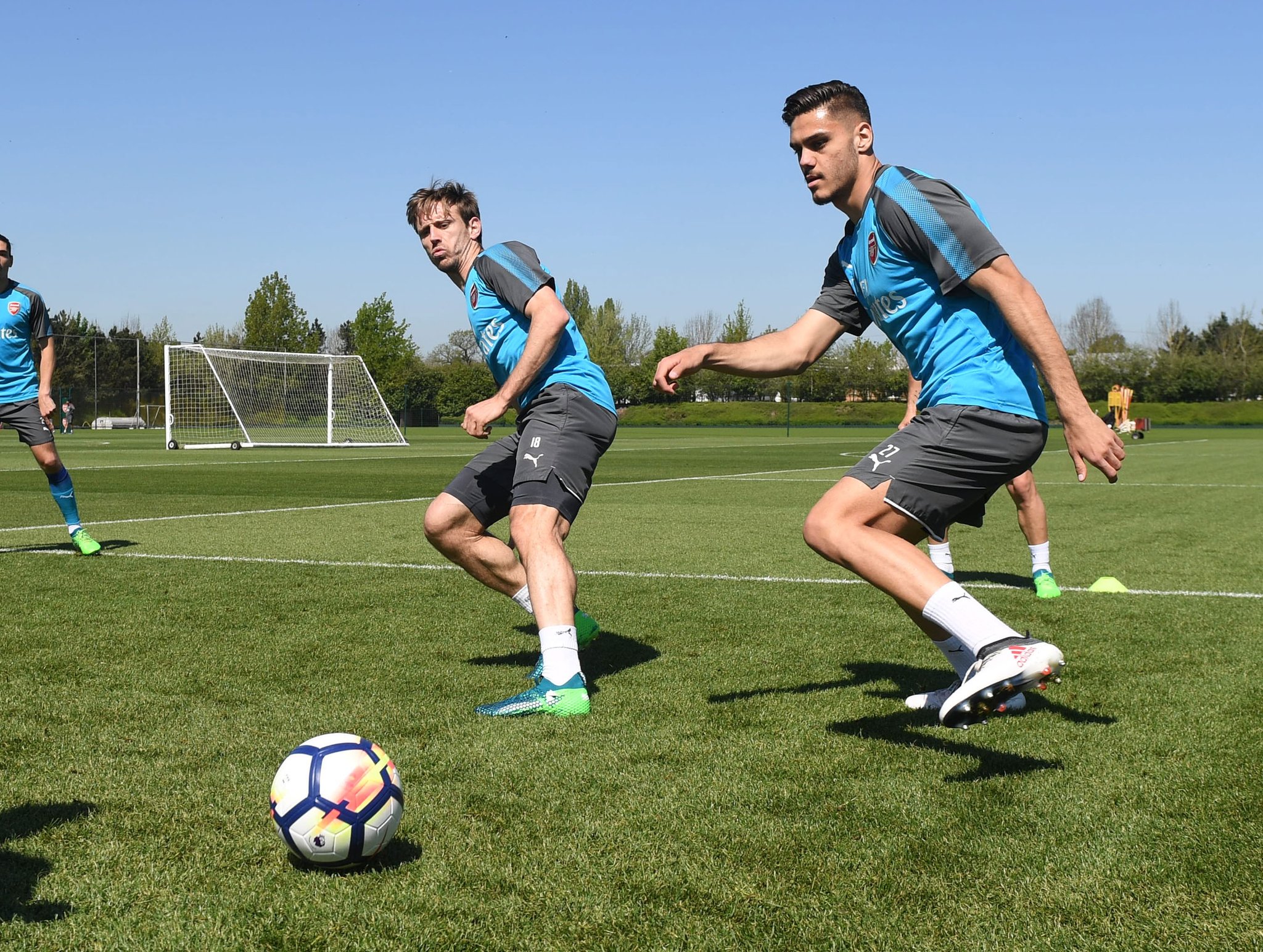 The gunners will be looking to ease on their pain of getting knocked out from the UEFA Europa League when they welcome Premier League club Burnley at the Emirates Stadium tomorrow afternoon.

The Arsenal squad was present at the training grounds today as they trained to get in good shape ahead of their match against Burnley and it’s also an important match for the North Londoners because the gunners are just only three points ahead of their Sunday opponents so losing against them tomorrow would mean they would be on level points hence putting Arsenal’s 6th position at risk.

Many players trained today and we have brought  you some pictures here from the training courtesy of Arsenal’s official photographer Stuart MacFarlane;

Arsene Wenger will hope that the players try to give him a fair send off by winning the remaining 3 matches comfortably so that he can humbly leave the club even though he has left it in a disaster of no UEFA Champions League football.

Diego Costa Reveals Why He Loves Playing Against Arsenal