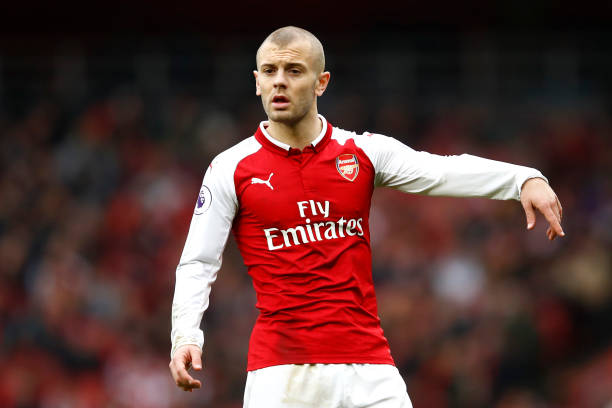 The gunners played against Leicester City yesterday at the King Power Stadium and lost the match 3-1 after late goals from the home side but the Arsenal squad of the night did not include their star midfielder Jack Wilshere whom everyone wondered where he is.

The midfielder wasn’t available for the match because he had taken his wife Adriani Michael to the hospital to go to labor as he has been pregnant for a while now so the English midfielder took to Twitter to alert the fans that he will be missing the match and joked that they should not text wheelchair jokes to him because it’s not him in the hospital.

Good luck to the boys tonight gutted I couldn't be there but i am at the hospital waiting for baby wilsh to come…(not in hospital for me so no wheelchair jokes please) ???

“Good luck to the boys tonight gutted I couldn’t be there but i am at the hospital waiting for baby wilsh to come…(not in hospital for me so no wheelchair jokes please).”

Some Arsenal supporters who didn’t see his tweet before the match thought that he missed the match due to his transfer wrangles with the club as he has refused to sign a new deal with the North Londoners and that he isn’t saying a word on the progress of talks between him and the club.

Jack Wilshere has faced a lot of criticism this season due to many poor performances he has shown in some matches but the English midfielder has luckily not got any long-term injury in this 2017/18 campaign like the past where he could miss the season.