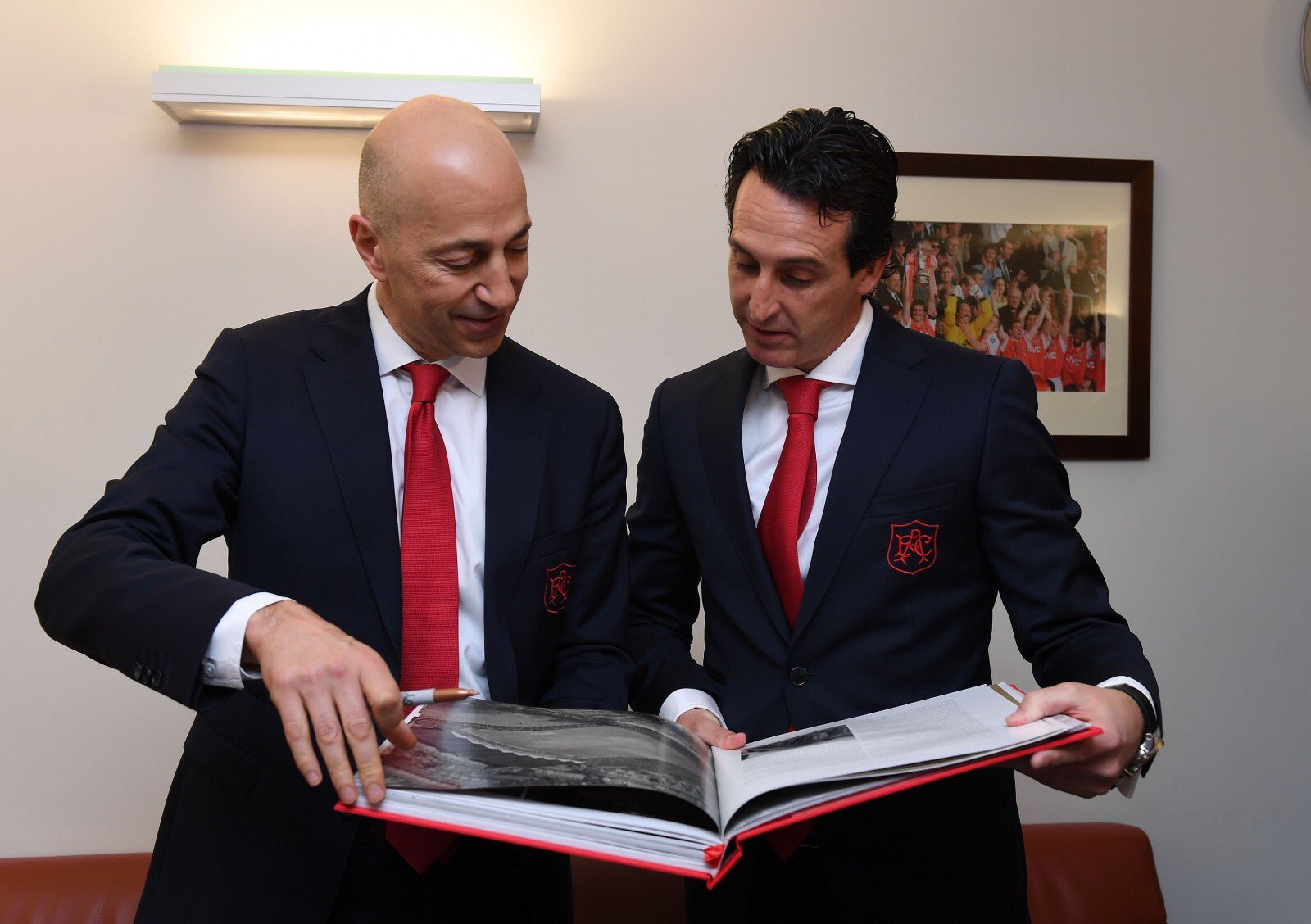 Unai Emery has just been appointed new manager of Arsenal and the Spanish international is still trying to feel at home in London as he hopes to bring back the past glory of the North Londoners which has been degraded in the past few years.

The new manager has already integrated into the club’s structure as he has already started working with Arsenal Chief scout Sven Mislitant on the players that he wishes to bring at the Emirates Stadium in this summer transfer window. Unai Emery however has also been busy reading more about the gunners after Arsenal Chief Executive Ivan Gazidis handed him a book when he took the new manager for a tour of the club’s facilities.

Unai Emery took to Instagram to get in touch with the fans telling them about what he has done in the past few days, as he says that he is learning more about the history of Arsenal Football Club.

Looking forward to starting the new challenge, and keeping learning more about @arsenal what a great present!

40k Likes, 518 Comments – Unai Emery (@unaiemery_) on Instagram: “Looking forward to starting the new challenge, and keeping learning more about @arsenal what a…”

Looking forward to starting the new challenge, and keeping learning more about Arsenal, what a great present!”

Everyone is looking forward to see what the new manager will bring to the Arsenal team because it is a club which has spent 22 years with just one manager yet other top clubs like Chelsea have changed managers like a dozen times in that period. Arsene Wenger also said that the Arsenal supporters just wanted change saying that they still wouldn’t have been satisfied with him even if the gunners won the UEFA Europa League.

Aubameyang Reveals His Story About Him Becoming A Footballer