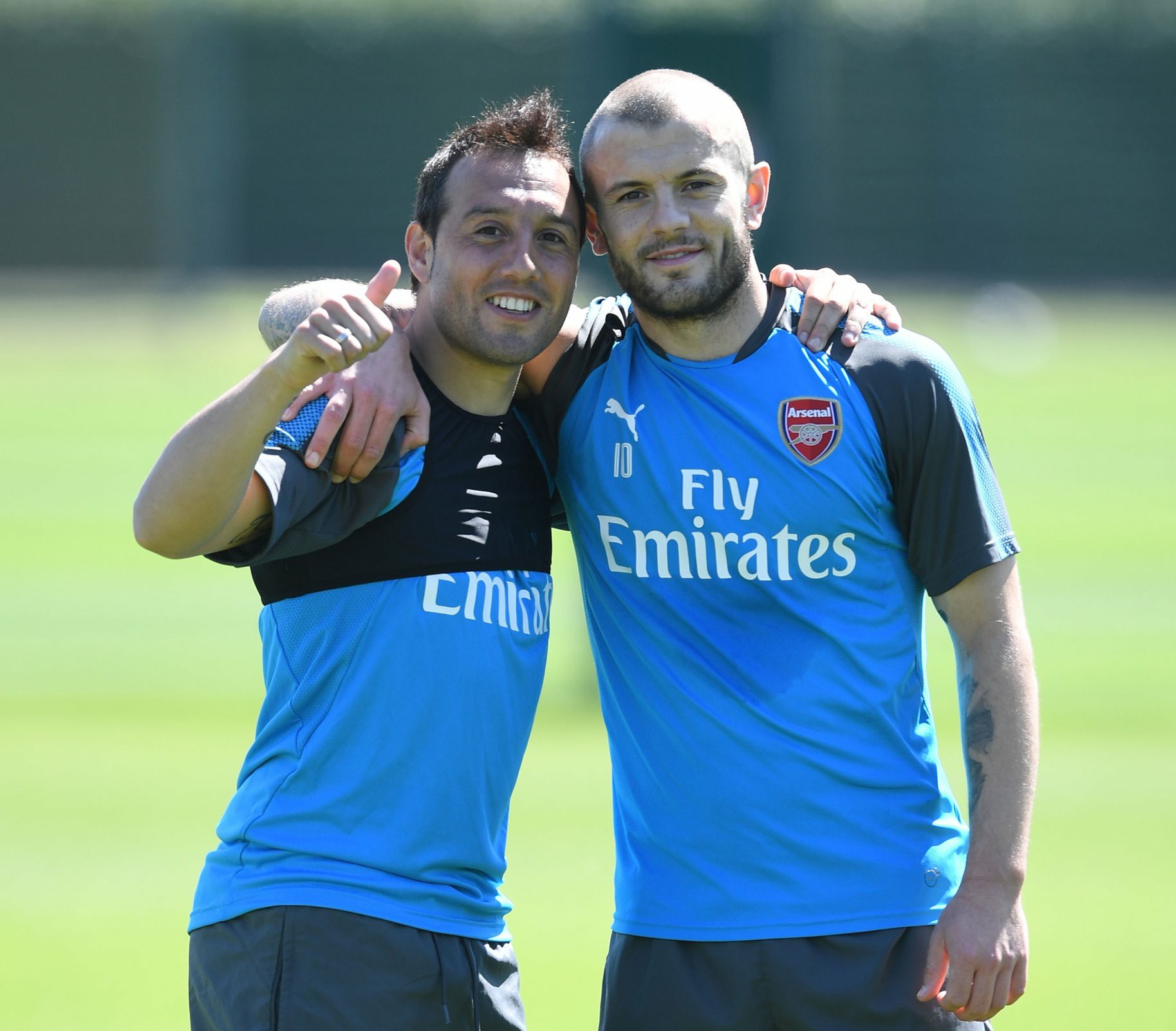 Arsenal midfielder Santi Cazorla was in full training for the first time after finishing 18 months on the sidelines due to a knee injury which has made him to undergo many surgeries.

The midfielder was happy training with the other players after a long time and Arsenal midfielder Jack Wilshere was happy to train along the Spanish international because they are great friends, they used to make a great partnership when they were playing together in the past.

Jack Wilshere was happy to have trained with Cazorla and he took to Instagram to heap some praise on him saying that football is better when a genius is playing.

Most Arsenal supporters pray that the manager starts Santi Cazorla gets given a start tomorrow against Burnley because some believe that the new manager might not offer him a deal because he has been an injury prone in half of his career at the Emirates Stadium.

Arsene Wenger Reveals What He Will Miss Most

PICTURES: Arsenal Squad Trains Ahead Of Clash Against Burnley