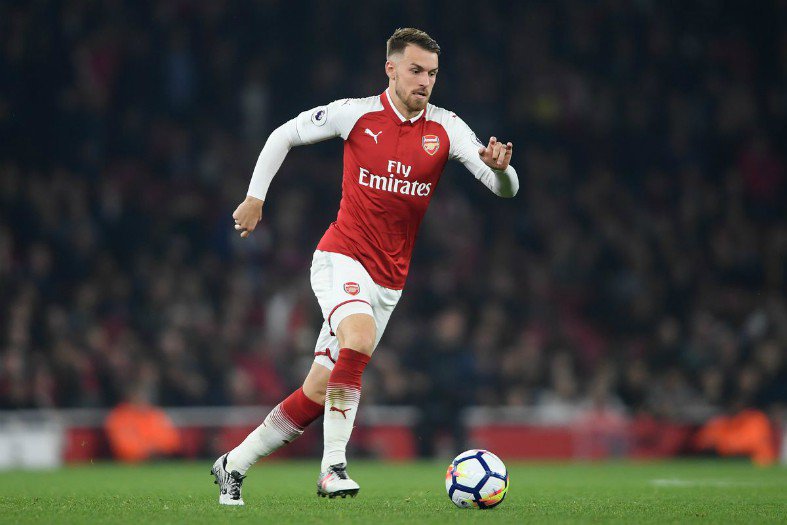 Aaron Ramsey has only one year remaining on his contract at the Emirates Stadium and he is yet to sign a new deal with the gunners which has worried most Arsenal fans who don’t want to see the Welsh midfielder leave the club.

The midfielder has not yet said anything about the status of the negotiations between him and the club about offering him a new deal, so and according to Daily Telegraph reports that Arsenal is confident that the club is optimistic that Ramsey will accept a new deal which will see him get an increased wage on the £100k he is getting now.

The report says that Arsenal is worried because it does not want to under go the same pressure it faced when it tried all it can to offer Mesut Ozil and Alexis Sanchez with that transfer saga ending when the gunners have lost the Chilean international. So Arsenal will be hoping to finalise negotiations with Aaron Ramsey as quickly as possible.

Aaron Ramsey has been a fan favourite at Arsenal for the years he has spent at the North London club and the player was outstanding for the club last season as he got 20 goals and assists combined. It is believed that Unai Emery wants to build his squad around Aaron Ramsey so he will be hoping he signs a new deal so that his mind doesn’t focus on offers he is receiving elsewhere.