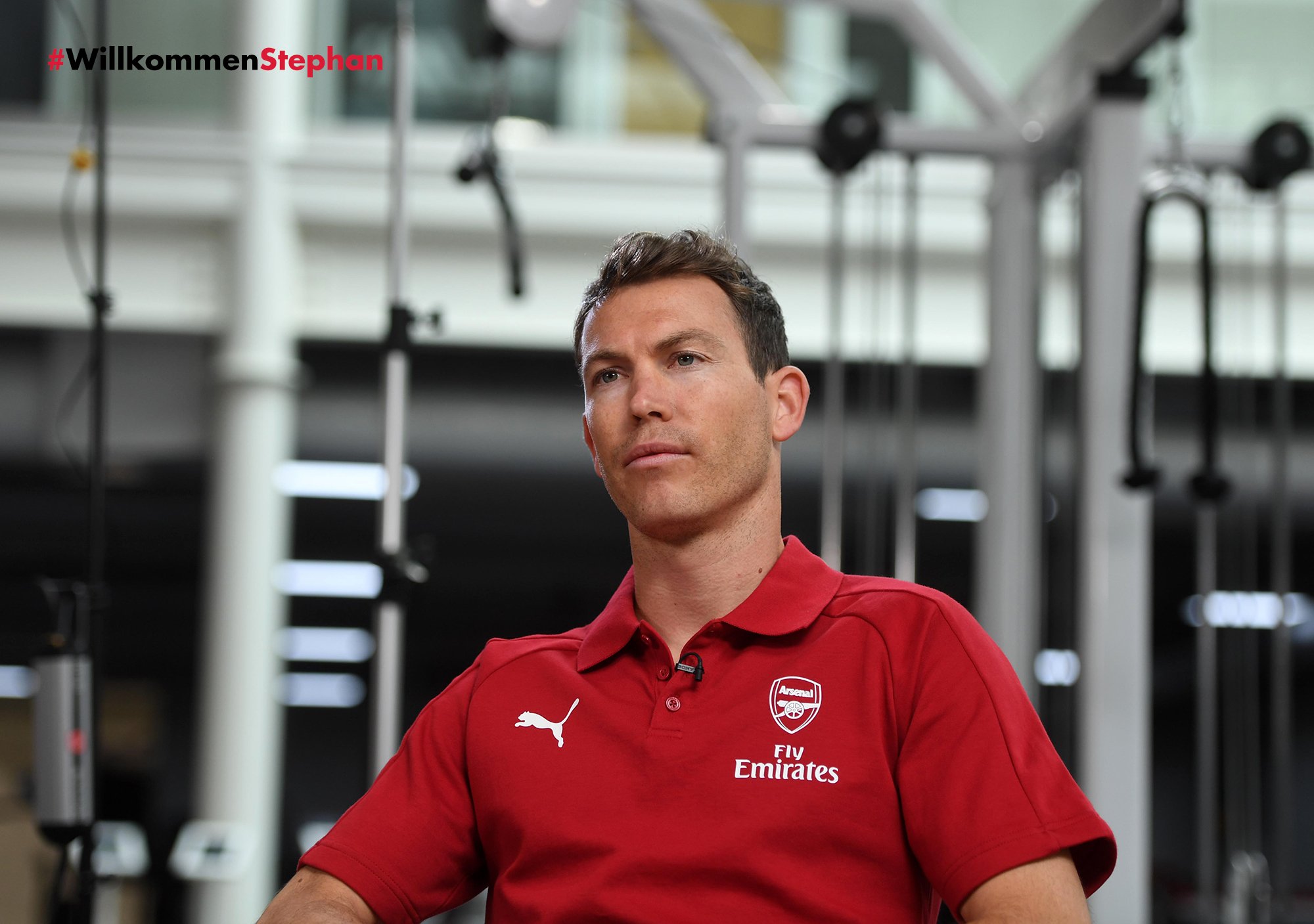 Arsenal confirmed the signing of Stephan Lichtsteiner a few weeks ago and the player is now representing his country in the FIFA WORLD CUP in Russia.

The new manager is certainly saying all the check box things about the Swiss international who comes to the Arsenal team which has defensive problems at the moment.

“Stephan brings huge experience and leadership to our squad. He’s a player with great quality with a very positive and determined attitude. Stephan will improve us on and off the pitch.” said new Arsenal manager Unai Emery.

None of which is wrong, there is a definite need for experience and leadership in this Arsenal squad which has on some occasions shown that it has no leader in some tough matches.

Lichtsteiner likely comes in as relief and backup for Hector Bellerin, who has been asked to largely hold his own all season, with another set of grueling Thursday Europa Nights ahead for Arsenal, such relief will be important should Arsenal hope to make a strong Premier League campaign.

As well, at the age of 34, Lichtsteiner feels like another short-term option as Arsenal decides who they will be under the new regime. But, on a free, it feels like a very safe gamble to make 34 Lichtsteiner play all matches without Hector Bellerin.

Related Topics:ArsenalStephan Lichtsteiner
Up Next

Analysis: How Unai Emery Can Use Bernd Leno, Petr Cech And David Ospina Next Season

Hi, I am HUNKOKOE OLUWATOBI I can't do without sports, infact sport is my hubby my first love.