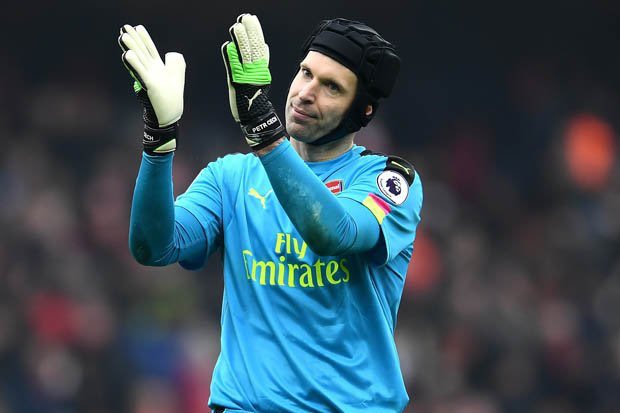 Arsenal have been linked with a move for Bayer Leverkusen goalkeeper Bernd Leno and it’s now been reported that the North Londoners will have to sell Petr Cech this summer transfer window according to reports.

The gunners are under the new management of Unai Emery and it seems the Arsenal boss doesn’t have faith in his current goalkeepers as he has tried to get a goalkeeper in this transfer window. The Mirror reports that Arsenal goalkeeper Petr Cech could be reunited with former boss Carlo Ancelotti at Napoli because the Italian club is interested in him.

Petr Cech has only one year remaining on his contract at the Emirates Stadium and he has no hopes of having it renewed because he is now old and can’t compete with other young fresh goalkeepers but he has for long been saying that he hoped he could leave Arsenal after he has helped them win the Premier League, Wenger has trust in him but it’s un certain whether new boss still wants to keep him.

Arsenal fans also criticized Petr Cech last season due to the club’s poor performances with most claiming that he is now a grandpa who should retire from football but he has remained firm and is looking forward to the next season.

Related Topics:ArsenalNapoliPetr Cech
Up Next