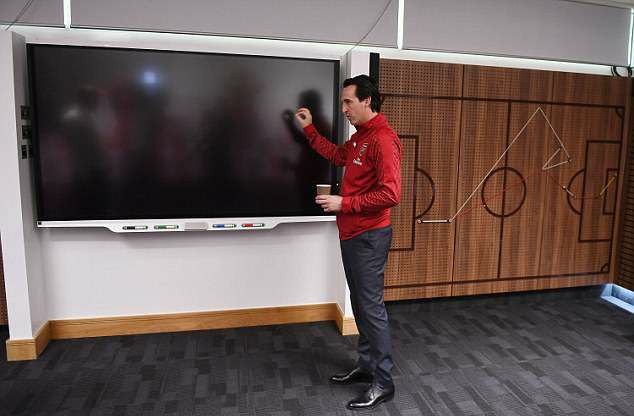 Arsenal is in an injury crisis at the moment because Per Mertesacker has retired from football while Laurent Koscielny is suffering from an Achilles injury where by he is expected to make a return to the pitch in December which is four months into the new season.

Unai Emery acknowledges the situation in which his club is and he has been in this transfer window as he works on improving the Arsenal defense and a report from The Sun claims that the Spanish manager wants to sign Juventus defender Mehdi Benatia so that the gunners could be stable at the back.

The Arsenal manager has already taken Stephan Lichtsteiner from Juventus even though it was on a free transfer but he still wants to get another top defender from there, Mehdi Benatia is an ideal choice because he has been an outstanding centre back for the Italian club which will likely not let go of him for a cheap bid.

The report however says that Arsenal will face strong competition from German Club Borussia Dortmund who are also interested in the Morocco international so we will see a bidding war if one of them does not back out from the race to get the signature of Mehdi Benatia.

Mehdi Benatia’s contract at Juventus expires in 2020 so the Arsenal representatives will be hoping to first have a talk with him on whether he would be interested in a move to the Emirates Stadium this summer.

Meanwhile, Arsenal are also expected to unveil Borussia Dortmund defender Sokratis Papastathopoulos as their player next month since the player has already agreed personal terms with the gunners.