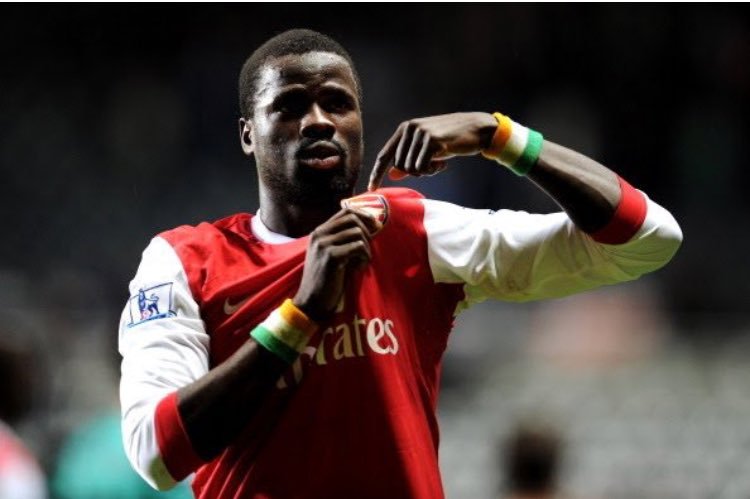 Emmauel Eboue is a name which every gooner must know if he started supporting the Arsenal team back in the Invincible’s era as he was among that legendary squad. The defender will be taking part in the charity match which sees the Arsenal legends take on Real Madrid legends in Spain tomorrow.

Eboue is one of the most loved players at Arsenal of all time thanks to his contribution when he was still at the North London club and they will be happy to see him tomorrow when wearing the gunners jerseys. The former Arsenal defender is already in the Spanish capital and he sent a message to the gunners via the club’s social media press.

“Hello, look at the face, this is me Emmanuel Eboue. I know that you know me, me too I know you. ”

“I am very happy to hear that you listen to me, God bless you and tomorrow please watch the Arsenal T.V, you gonna see me my face.”

Emmanuel Eboue faced a lot of problems last year as it was first reported that he was diagnosed with HIV AIDS, a rumour which was confirmed to be false by the agent of the defender. In October, Eboue said that he was poor and homeless after he got divorced with his wife who left him with nothing but Galatasary came to his rescue and offered him a coaching role at the club.

Related Topics:ArsenalEmmanuel Eboue
Up Next