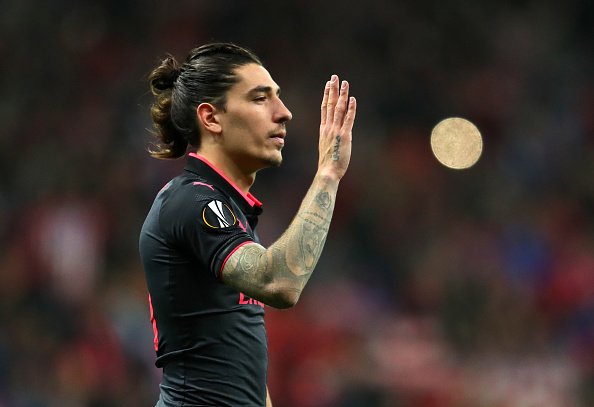 Arsenal appointed Unai Emery as the new manager of a North Londoners last month and the boss has made some changes to the club like working on getting new players as well as letting some of them go.

Most if the Arsenal players might be worried about not being in the plans of Unai Emery for the up coming season but Mirror claims that the manager has a list of five untouchable players which will be safe as he revamp his squad so it’s reported that Hector Bellerin is among them so the club will work hard to make sure that the player stays at the Emirates Stadium.

The new Arsenal manager has made Bellerin part of his plans for next season and it will also be a great way to keep him away from clubs like Juventus who are interested in the youngster Spanish international but the gunners aren’t willing to accept any offer from them unless the player wishes to leave.

The remaining four players in the untouchable players list aren’t revealed yet but there are likely to be the Arsenal forwards but Hector Bellerin will be privileged to be among the players who Unai Emery wants to build his squad around because it’s usually hard for players to impress a new manager at the club.

Arsenal have signed veteran right back Stephan Lichtsteiner but it seems he won’t be coming to replace Hector Bellerin as everyone expected but to rather help out in the right fixture the club will be facing due to the Europa League matches.