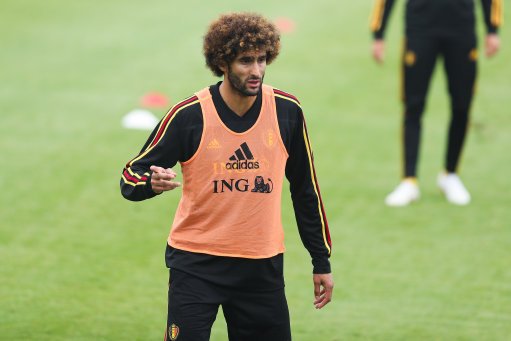 The gunners have emerged as surprise favourites to sign Manchester United midfielder Marouane Fellaini whose out of contract at the Old Trafford and has refused a new deal which the red devils have offered him.

Arsenal new manager Unai Emery has already signed Stephan Lichtsteiner free since his contract at Juventus had expired so the same is likely to happen again as the Spanish manager wants to bring Fellaini at the Emirates Stadium whose current deal at Manchester United is soon expiring too.

It is however been reported by Daily Star that the gunners will hold a meeting with Marouane Fellaini who they will try to convince to joining the North Londoners who are interested in him.

Manchester United manager Jose Mourinho wanted the Belgium international to stay at the club but the player rejected it because he wants a move away from the Manchester club and there are few clubs like AC Milan that are interested in him but he prefers a move to a club in England.

Arsenal’s last season performance showed how the club doesn’t have a true holding midfielder because the midfield looked weak leaving the defense open for attacks from opponents so Unai Emery wants to sign Marouane Fellaini so that he can fix it.